Projects currently in the works or recently completed in Hampton Roads

Construction is underway along 10 miles of the Interstate 64 corridor from Hampton to Norfolk on the $3.9 billion Hampton Roads Bridge-Tunnel expansion project. In June, crews on
the South Island began reassembling Mary, the 430-foot, $70 million tunnel boring machine (TBM) that was delivered to the Port of Virginia last November. As of late summer, crews were completing work on the TBM’s launch pit on the island, and Virginia Department of Transportation officials anticipate boring to begin in spring 2023, excavating about 50 feet a day and taking approximately a year to cross the harbor. In mid-July, workers poured 14.5 million pounds of concrete in a 24-hour period, one of the largest continuous concrete pours in VDOT’s history. Meanwhile, manufacturing of the tunnel segments is underway in Cape Charles, where roughly 500 rings (or 4,500 tunnel segments) of the 2,388 rings were completed as of August. Nearly half of the 1,200 piles for the new bridge trestles across have been placed above and below water in the Norfolk Harbor.

Virginia Beach’s 1966-era Pembroke Mall is rebranding as Pembroke Square, as Pembroke Square Associates and its partners (including Landmark Hotel Group LLC and Castle Development Partners) conduct a $200 million redevelopment of the 54-acre property. The 14-story, 209-room Tempo/Homewood Suites by Hilton hotel is set to open in summer 2025, and groundbreaking is set in October for the 153-unit Aviva Pembroke Senior Living Community, a partnership with Beth Sholom Village. In early 2023, work is set to start on a 324-unit, five-story apartment building, with opening scheduled in fall 2025.

In August, Amazon.com Inc. opened its inbound cross-dock fulfillment center in Chesapeake on Portsmouth Boulevard, the first center of its kind in Virginia for the e-commerce giant. The 640,000-square-foot processing center created 1,000 full- and part-time jobs, and it expands Amazon’s operations and logistics network in the state. A similar facility is set to be completed later this year in Stafford County. Amazon’s presence in Hampton Roads has mushroomed, with its $230 million, 3.8 million-square-foot robotics fulfillment center in Suffolk expected to open in September and a 60,000-square-foot delivery station nearby that opened in February. Norfolk and Hampton also have delivery facilities, and Amazon has a career center in Chesapeake.

The $100 million Fairwinds Landing project is underway, as an entity connected to The Miller Group signed a 30-year lease in August for the 122-acre Lambert’s Point Docks property owned by Norfolk Southern Corp. It has 20 miles of rail infrastructure, high-volume transload facilities and 1.1 million square feet of industrial warehouse space, and the plan is to turn the property into a maritime operations and logistics center to support offshore wind, defense and transportation industries. Construction is expected to begin later this year, and the center is expected to produce more than 500 jobs. Multiple phases of the project will be completed over the next five years.

In May, The Breeden Co. broke ground on the $33 million Avant at Huntington Pointe apartment project in Newport News, which is set to include 176 units between 672 and 1,517 square feet each. Breeden Construction is serving as general contractor, and the company’s property management arm will manage the apartments. The first units are slated to be completed by late summer 2023, with full completion by next fall or winter.

Announced in October 2021, Siemens Gamesa Renewable Energy S.A. expects to start infrastructure work in 2023 on the nation’s first offshore wind turbine blade facility on leased property at the Portsmouth Marine Terminal, with production scheduled to start in 2025. The Spanish company, which is partnering with Dominion Energy Inc. on the $9.8 billion Coastal Virginia Offshore Wind (CVOW) farm, will produce blades for 176 turbines that will be erected 27 miles off the coast of Virginia Beach. Siemens intends to spend $80 million for new buildings on 80 acres that are part of the Port of Virginia, part of an overall $200 million investment. Construction on CVOW is expected to start in 2024, with completion set for 2026.

Land in Portsmouth sells for $1.05M 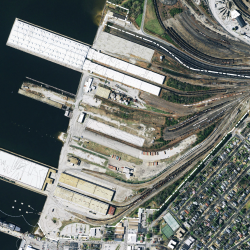