Eastern Va. projects currently in the works or recently completed

In October 2020, crews broke ground on the state’s largest-ever infrastructure project: the expansion of the Hampton Roads Bridge-Tunnel, which is expected to be completed in 2025. Much of the work will not be visible to drivers because it will be taking place underwater, as a massive tunnel-boring machine digs twin two-lane tunnels approximately 50 feet deeper than the current tunnels. The tunnel boring is planned to begin in early 2022.

Meanwhile, above ground, work started this spring on widening Interstate 64 between Settlers Landing Road and the Phoebus shoreline, resulting in eight lanes across the water.

The expansion is being designed and built by several companies in a joint venture known as Hampton Roads Connector Partners. Approximately 28% of the project’s $3.8 billion budget has been spent as of August, according to Virginia Department of Transportation spokesperson Annalysce Baker. The Hampton Roads Transportation Accountability Commission, a regional financing commission composed of local elected officials, is funding nearly $3.6 billion of the project via regional fuel tax and sales tax surcharges. The remaining $309 million is coming from the Virginia Department of Transportation.

Most of the construction is taking place at night, so travelers can expect delays then, Baker says. 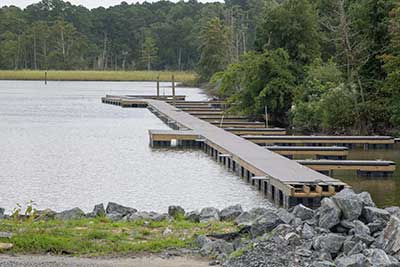 Renovation work on the marina, which started in November 2020,
is about halfway done, with the $3.4 million first phase expected to be completed this fall. The $6 million total project, which was awarded to North Carolina-based Carolina Marine Structures Inc., includes dredging, new floating piers and docks, new sidewalks and a revamped entrance, plus a new fuel system and more parking spaces in phase two. Work on the second part of the project is expected to start in 2023. 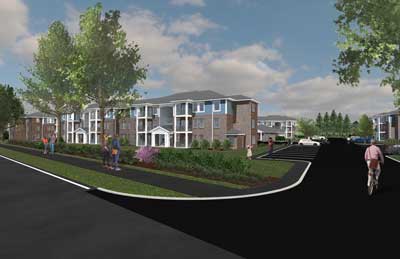 Opened this summer, Huntington Village is a $19.8 million project managed by Lawson Cos. and expected to be completed in October, according to Katie Cardillo, marketing director for Massachusetts developer Dakota Partners Inc. The 4.9-acre property includes four buildings with 96 apartments, some of which are designated as affordable housing by the Newport News Housing Development Authority. The property also includes a clubhouse and fitness center. 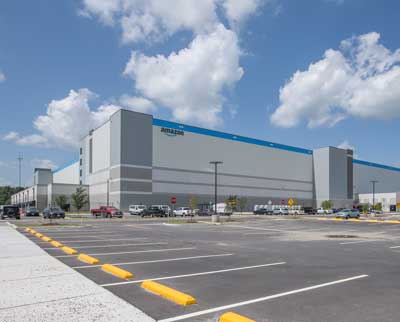 Amazon.com Inc.’s $230 million, 3.8 million-square-foot robotics fulfillment center in Northgate Commerce Park is expected to be completed this year, creating 1,000 jobs for people who will work alongside robots to fulfill Amazon customer orders. The five-story facility will be the largest industrial building in the state, standing 95 feet high. In May, a subcontractor, Louisiana-based Eastern Constructors Inc., was fined by the federal Occupational Safety and Health Administration for violations that led to the accidental deaths of two workers in 2020.

The Breeden Co.’s construction division completed the $12.5 million first phase of this affordable housing project in June, building 72 residences and a clubhouse in conjunction with the Portsmouth Redevelopment and Housing Authority.

Lexington Place satisfies EarthCraft certification standards, which includes meeting energy efficiency and indoor air quality specifications. The new neighborhood, which will have 144 town house units upon completion, replaces the former Lincoln Park community, which was constructed in 1960 and had 178 units. The second phase is planned to be built west of the first phase and will include a community center. 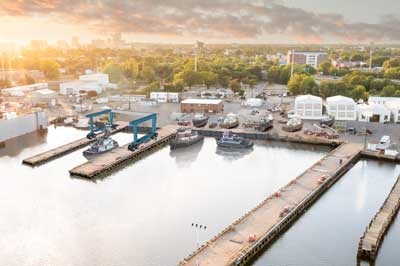 Construction on Lyon Shipyard’s $24.4 million expansion, which includes a marine travel lift and larger dry dock, started in June. According to the company, the project is expected to end in November 2022 and produce 119 permanent jobs. Established in 1928, the shipyard has two facilities on the Elizabeth River spanning more than 30 acres. The marine travel lift will let workers raise boats out of the water for repairs, providing room for more vessels to be repaired at the same time. 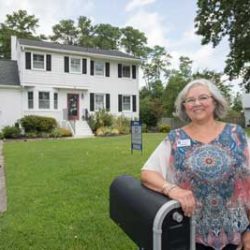 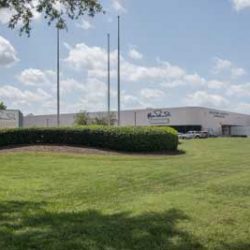