The Carlyle Group co-founder, interim CEO and non-executive co-chairman William E. “Bill” Conway Jr. and his wife, Joanne, have committed $14 million to the University of Virginia’s School of Nursing, the university announced Friday.

“Our goal of supporting the School of Nursing is twofold,” Bill Conway said in a statement. “To enable greater access to a quality education and address the critical nursing shortage.”

The latest gift will provide at least 175 need- and eligibility-based scholarships to cover tuition, school fees, room and board and books. The gift will fund scholarships across undergraduate and graduate programs, with a focus on clinical nurse leader master’s students who have transitioned to nursing from other careers and on doctoral students who plan to become future nursing professors and nurse scientists.

The average age of a nursing professor is between 51 and 63, according to a U.Va. news release, and a wave of faculty retirements is expected over the next decade.

The Conways’ previous contributions have allowed the school to educate more nurses and expanded access to the School of Nursing’s RN-to-B.S.N. program. Their $5 million commitment in 2013 funded need-based scholarships for students in the clinical nurse leader program, doubling it from 48 to 96 students. In 2017, the Conways committed another $5 million over five years to provide more than 110 nursing scholarships to non-nurses entering the clinical nurse leader program.

In 2018, the couple committed another $5 million to provide tuition assistance for an additional 50 to 60 nursing students across undergraduate, master’s degree and doctorate degree programs through 2023.

In 2020, they committed $20 million for scholarships supporting the enrollment of more than 1,000 nursing students over 10 years.

Washington, D.C.-based private investment firm Carlyle employs more than 1,900 people in 26 offices across five continents. It manages $376 billion in assets. Gov. Glenn Youngkin formerly served as co-CEO of The Carlyle Group before retiring in 2020 to mount his campaign for governor. 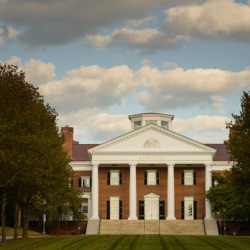 U.Va. hits $4B in capital campaign

Three years ahead, university is 80% toward $5B goal 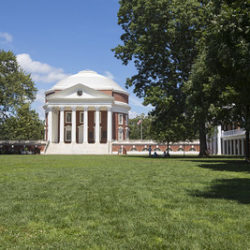