Dexamethasone was given to President Trump during virus bout

A University of Virginia physicist researching a drug that can save severely ill COVID-19 patients’ lives has discovered that it may not work well on diabetics, the U.Va. Health System announced this week. As a result, physicians may need to change the drug regimen for some of their sickest patients.

Dexamethasone, a corticosteroid that was given to President Donald Trump during his recent case of the coronavirus, is carried by a protein in the bloodstream known as serum albumin. For people with lower levels of albumin — including people with diabetes and men with low testosterone — the drug may not be able to attack the virus as effectively. Dexamethasone is prescribed only for patients who are receiving extra oxygen, including those on ventilators.

Lead researcher Wladek Minor, Harrison distinguished professor in the U.Va. Department of Molecular Physiology and Biological Physics, worked with a team of biologists, computer scientists and clinicians at the University of South Carolina and in Poland this summer and fall. He says that the connection between dexamethasone, COVID-19 and low albumin levels — determined by studying data from 373 patients at a hospital in Wuhan, China — is just the beginning of the research.

“We found that everybody with low albumin levels died,” Minor said Thursday in an interview with Virginia Business. He explained that having less of the protein in a patient’s bloodstream gives the drug fewer “docks” to bond with, which limits transmission of the drug. In an earlier study of dexamethasone, scientists found that the hormone testosterone binds the same way as dexamethasone to albumin, resulting in lower testosterone levels in men with less albumin. Also, other medications may compete with dexamethasone for the same cargo docks.

In the study, published this week in the scientific journal IUCrJ, the team of scientists saw that Wuhan patients who died had higher than average blood sugar levels — a hallmark of diabetes. Low testosterone levels were previously identified as an indicator of COVID-related deaths among men.

Minor’s team determined that high blood sugar can negatively affect serum albumin’s ability to deliver dexamethasone, which is used for many conditions, including asthma, lung disease, tuberculosis and croup, to calm inflammation. It was approved for medical use in 1961 after being created in 1957.

The drug, which has benefited COVID-19 patients who needed additional oxygen according to research released in July, was among several medications given to President Trump during his hospital stay in early October after his oxygen levels dropped to 93%, according to his medical team.

Minor said he did “not want to speculate” about Trump’s treatment and illness. But the team of scientists acknowledge in the study that dexamethasone cannot be given in much higher doses to patients with low albumin levels because of potential side effects that include mood swings, insomnia and blood clots. The drug also is not effective and possibly harmful for less serious cases of COVID-19 because it can suppress the immune system’s effectiveness against the virus, according to an August study published in the Journal of Hospital Medicine.

The 74-year-old Polish researcher says there’s a real challenge for COVID-19 researchers — whether their focus is on developing a vaccine or treatment for those who contract the virus — because “people would like something fast, and it’s incompatible. You need to hire talented people, you have to think about what to do, and this takes time.”

Minor is co-founder of HKL Research, a company that sells software and data tools that he helped develop and were used in the study. “Hundreds of thousands of scientists” are currently engaged in research to cure, treat and prevent the coronavirus, and they need a way to see and compare others’ data, Minor said.

“The grand challenge” is to develop an advanced information system that brings together all of the information, he added. “You have to combine volumes of experiments to have a big picture.” 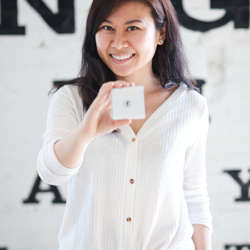 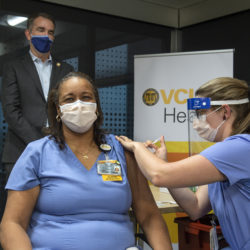