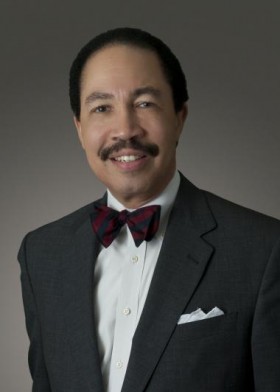 The University of Virginia has named its first African American rector. George Keith Martin, a U. Va. alumn and Richmond attorney began his two-year term this week.

In an interview with U. Va.’s media relations site, Martin said he feels that the university’s governing board is headed in a good direction. The board came under scrutiny last summer after the attempted ouster of U.Va. President Teresa Sullivan. “I think that it is time for us to look at how we’re structured, No. 1. We have a lot of committees, and I don’t know if that is the best approach,” Martin said. “We have a lot of people on the board who just love this University and really want to give back. We want to make sure that they have the opportunity for meaningful engagement.”

When asked about his working relationship with Sullivan, Martin said it has “been very pleasant and I think she’s a good listener and I think that’s so important.” For a full transcript of U. Va. Today’s Q & A with Martin, click here.

Martin is managing partner of McGuireWoods’ Richmond office. He received his undergraduate degree from U. Va. and his law degree from Howard University.

He serves on the board of Regent University School of Law and has served on the James Madison University board, as well as the Virginia Board of Bar Examiners and the Governor’s Blue Ribbon Commission on Higher Education.

Gov. Bob McDonnell appointed Martin to the Board of Visitors in July 2011. Martin currently chairs the Audit and Compliance Committee and is co-chair of the Special Committee on Governance and Engagement. He also serves on the following committees: Buildings and Grounds, Educational Policy, Executive, and Student Affairs and Athletics.

Board member William H. Goodwin Jr. also began his term this week as vice rector. Goodwin previously served on the board from 1996 to 2004, and more recently served as a special adviser. Goodwin was reappointed to the board in January, and the board elected him vice rector in May.

Three Board of Visitors members concluded their appointments June 30, including Alan A. Diamonstein, Vincent J. Mastracco Jr. and A. Macdonald Caputo. McDonnell is expected to soon announce new appointments to the governing boards of state colleges and universities.