U.Va. law student was initially told she was in academic violation after her unit was activated by N.Y. governor.

3 p.m. update: According to a letter posted on Virginia Law Weekly, U.Va. School of Law’s Academic Review Committee has granted student Frannie Skardon an exception, allowing her to remain a full-time student while serving in the Army National Guard. Her unit has been called up to assist in the COVID-19 emergency in New York City.

“I would like to thank every person who signed my petition, wrote a letter, or shared my story,” Skardon wrote. “I am very moved at the outpouring of support and cannot thank each one of you enough. In less than a day, I received over 140 emails and 5,700 signatures.

“I chose to come to University of Virginia School of Law based on its reputation of being supportive of the military and the past 24-hours has shown me that this is absolutely true. For veterans choosing a school, please know that you are welcome here.”

Mary M. Wood, chief communications officer for the law school, said in a statement, “With Frannie Skardon’s permission, we are pleased to share her statement. We are thrilled with this outcome and regret any uncertainty the process caused. We have a long history of supporting service members at U.Va. Law, and we’re indebted to them and all who serve. We are grateful for Ms. Skardon’s service to our country and the daily sacrifices service members make to protect us all.”
Risa Goluboff, the law school’s dean, wrote, “I’m so pleased that Frannie will be able both to serve our country in this moment of crisis and continue with her studies at the Law School. I appreciate the many members of our community who have reached out to express support for Frannie. They showed the best of the U.Va. community. U.Va. Law has always supported and taken great pride in our students, faculty, staff and alumni who serve our nation. I am so proud of and grateful to Frannie for her service, and I look forward to seeing her in Charlottesville next fall.”

A University of Virginia law student says she has been told by the School of Law’s administration that she must withdraw from classes because she has been called up to serve with her U.S. Army National Guard unit in New York City.

In a letter posted online Wednesday, Frannie Skardon, a member of the 2022 U.Va.  School of Law class, writes that she reported to her unit in Manhattan on March 18 to respond to the COVID-19 crisis, after the unit was called up by New York Gov. Andrew Cuomo.

After she was deployed to New York, Skardon wrote, “I emailed the school to let them know I was being activated and that, although I did not have a clear picture of what the next few weeks would look like, I intended to finish the semester. I was confident that, if the mission permitted, my command team would support me in finishing the rest of the semester.”

However, U.Va. Law’s administration responded that Skardon was in violation of an academic policy that “students may not engage in employment in excess of what is compatible with a full-time commitment to the study of law,” and that she would have to withdraw immediately without receiving credit, Skardon wrote. The decision, in essence, would put her behind the rest of her class and require her to retake her spring semester courses in 2021. The school’s administration would not issue a waiver because of the compensation she receives from the Army, she added.

“Since I have elected not to take a leave of absence, the administration is enforcing a withdrawal,” Skardon wrote.

Because her unit allows her six hours a day for her studies, Skardon said she is able to complete her classes, and she has submitted her final brief and is scheduled to complete her final oral argument Friday in a legal research and writing class. She wrote that she was given 24 hours to appeal the withdrawal decision to the Academic Review Committee.

In her letter, Skardon asks students, faculty, staff and alumni of the law school to send letters of support to the committee. Virginia Business has contacted her for a comment.

Virginia Law Weekly, the law school’s student publication, and the legal blog Above the Law reported on the letter Wednesday.

In response, Mary M. Wood, chief communications officer for the law school, issued a statement Wednesday night: “We are proud of all veterans and active-duty service members, especially those who attend or graduated from U.Va. Law. Though we are limited in what we can say about ongoing, individual student concerns due to federal privacy laws, this matter is still working its way through the usual process we use when questions over academic policies come up.”

Thursday morning, Wood released a second statement to Virginia Law Weekly: “We can’t comment on matters regarding individual students, but based on prior experiences, resolution should happen today.” 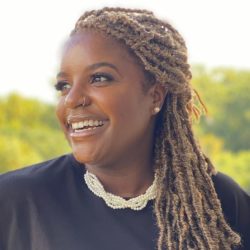