The presidents of Virginia State University and Norfolk State University have been talking with members of the Northern Virginia Regional Commission about the project since June 2021. The schools are expected to start serious discussions about potential locations with the Northern Virginia Economic Development Alliance this fall, says Fairfax County Economic Development Authority President and CEO Victor Hoskins.

More than one of the area’s 10 jurisdictions has expressed interest in assisting the campus with permitting and financial investment, says Hoskins. The campus will likely be a joint venture between the two schools, and could be co-located with another university that already operates a Northern Virginia campus.

NVRC Chair and Dumfries Town Councilwoman Cydny Neville — a VSU alumna — spearheaded the effort after noticing friends crossing state lines to attend HBCUs because Virginia does not have one north of Richmond.

She and NVRC Executive Director Robert Lazaro say access to public transportation will be important for the campus. The universities also will need to determine which degree programs will be needed, how many students such a campus could hold and other operational aspects.

The effort comes at a time when Northern Virginia is a booming market for higher ed. The University of Virginia, George Mason University and Virginia Tech have invested in satellite campuses in the region. Since Amazon announced it would build its HQ2 headquarters in Arlington, Hoskins says, 18 schools from across the country have expressed interest in establishing outposts in the region.

Neville and Lazaro say VSU and NSU could make degree completion more accessible for a large part of the region’s population. Both schools’ annual in-state tuition — about $9,600, not including room and board — is among the lowest in the state.

Affordability — along with the supportive environment that many Black students seek from HBCUs — could help more first-generation and lower-income students access the wealth-building potential of a college degree, Neville says.

“This would be a major paradigm shift for the educational attainability of the people in this region,” she says. 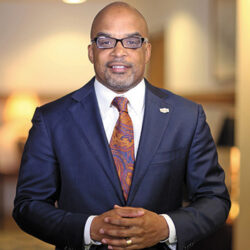 VSU and NSU leaders among board appointees 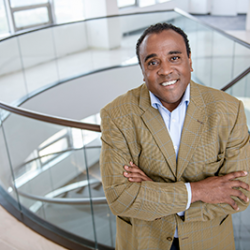