Home News True to its roots

True to its roots

Economic impact has always been part of Virginia Tech’s purpose

Editor’s note: This is the beginning of a new monthly series looking at Virginia’s universities as economic engines.

What began in October 1872 as Virginia’s first land-grant college for men, attracting just 30 students its first month, now has more than 31,000 full- and part-time students — 42.3 percent of whom are women.  What began as a school for rural Southwest Virginia now has more international students than any other public university in a state that ranks 14th nationally for international student population. And what began as Virginia Agricultural and Mechanical College is now Virginia Polytechnic Institute and State University, better known as Virginia Tech.

Established on a large country estate in Blacksburg, Virginia Tech’s original mandate as a land-grant school was to focus on agriculture and the mechanical arts, and for decades it was known primarily for agricultural research and engineering. Virginia Tech and Virginia State University oversee the Virginia Cooperative Extension Service, which has offices throughout the commonwealth.

Still acclaimed for those disciplines — its College of Engineering is ranked among the nation’s Top 25 — Tech now is an economic driver for the region and the commonwealth. Not only is it the New River Valley’s largest employer with 8,000-plus employees, but Tech and its related organizations also manage more than $1.5 billion in assets. Montgomery County, a major beneficiary of the impact, has seen employment jump 6 percent and wages rise 5.3 percent since 2010, according to the U.S. Census.  Since 2000, county population has grown nearly 13 percent.

“The university by its mere presence is a huge economic engine,” says Tech spokesman Larry Hincker. “We ran a standard input-output study a few years ago and discovered that we account for 25 percent of all jobs and 33 percent of all payroll in Montgomery County. Conservatively, our economic impact on the region is about $1.5 billion.”

“Virginia Tech was conceived with an unusual mandate as a land-grant university,” he says. “Virginia Tech was from its very beginning about economic development and the translation of research for economic benefit. We were to take knowledge and translate it for the greater good of the people of the commonwealth.”

“We have been true to that,” he adds. “We’ve had an aggressive statewide presence, and we continue to look at ways in which we can advance that position.”

Pinpointing Tech’s greatest asset as “the talent that exists within the university,” Dooley defines the foundation’s role as “helping provide strategic investments that attract and retain that talent for economic impact.” 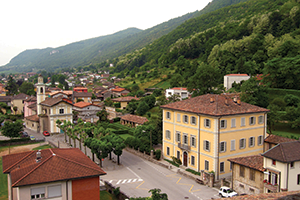 Those strategic investments include substantial real estate holdings — from the Hotel Roanoke and Conference Center in Roanoke to Tech’s Center for European Studies and Architecture in Switzerland. The foundation’s diverse properties include a 10,000-square-foot Chesapeake Bay seafood research facility, the Hampton Seafood Lab, as well as the 4,000-square-foot Reynolds Homestead educational facility in Patrick County. A variety of properties in the New River Valley range from a Pulaski County golf course to a 47-acre Blacksburg quarry where Tech processes its signature “Hokie stone,” a native limestone adorning most campus buildings.

Although owned by developer W.M. Jordan, the $250 million 100-acre Tech Center at Oyster Point — an office, residential, retail and research complex under construction in Newport News — is a joint venture by the foundation and its for-profit subsidiary, the Virginia Tech Corporate Research Center (CRC). Dooley says the research park at the complex will be managed by the CRC. The grand opening for Tech Center at  Oyster Point is set for July.

In Prince George County, Tech is one of five state universities involved in the Commonwealth Center for Advanced Manufacturing, a collaborative research organization working with 21 industrial and governmental partners. CCAM is designed to bridge the gap between research and commercialization, making it faster to bring developments to market.

In October, Tech signed a new five-year contract with Danville’s Institute for Advanced Learning and Research, a self-described “regional catalyst for economic transformation,” after entering into a partnership with the commonwealth and five others to form the institute in 2000.

The foundation opened its Virginia Tech Research Center in Arlington in 2011, providing space for other already established university institutes in Northern Virginia. Research there involves medical technology, cybersecurity and alternative energy, among other areas. 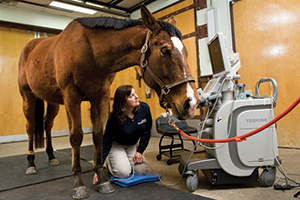 Northern Virginia also is home to Tech’s Marion DuPont Scott Equine Medical Center in Leesburg and the Washington-Alexandria Architecture Center, operating since 1980 as an extension of the School of Architecture and Design.

Corporate Research Center
In Blacksburg, university leaders point to the Virginia Tech Corporate Research Center, established by the foundation in 1985 with a $4.2 million initial commitment, as the starting point for much of the university’s economic impact during the past 30 years. Originally built on 120 acres of pasture adjacent to the university, the research park opened in 1988 with a handful of tenants. Today, 230 acres have been developed with 29 buildings housing more than 160 companies employing 2,700 people. An expansion to add 19 buildings on 95 acres is underway, and planning for a third phase is in the works.

Joe Meredith, the center’s president since 1993, is a native of Henrico County and 1969 Tech graduate. He says he chose Tech when college boards revealed “my math skills were so high and my English skills were so low that I was told I couldn’t be anything but an engineer.”
“I fell in love with the campus,” he recalls, noting that he was one of 8,000 students in 1965. “When we graduated, it had grown to 12,000.”  Meredith points to the tenure of former President T. Marshall Hahn Jr. as a turning point in Tech’s progress: “In the 1960s, he had the vision that we should be a university, not a college. His vision fueled enormous growth.”

Growth at the CRC, Hincker says, can be attributed to Meredith’s approach, one that “entails a lot of support for companies, large and small.” Many startups concur, including TechLab, a medical diagnostics company built by retired Tech professor Tracy Wilkins with co-founder David Lyerly. The two started the company after getting a patent in 1985 for a life-saving test that determines the cause of a virulent, infectious form of diarrhea called clostridium difficile (C.diff) toxin.

TechLab began with a $50,000 investment and now has $25 million in sales and 125 employees. “We did it the old-fashioned way,” says Wilkins. “We made money and didn’t take it out of the company for many, many years.” In 2013, TechLab expanded with a manufacturing plant in nearby Radford.

“If we hadn’t had the CRC,” Wilkins says, “we wouldn’t have a company. The CRC built our lab for us, and we paid back through increased rent … You start companies where you are. You don’t move somewhere to start a company.
“The university couldn’t have been more helpful. Virginia Tech has the entrepreneurial spirit,” he adds. “Virginia Tech hires the right people.”

Innovative projects
Hincker says the university and its foundation have fostered that spirit in multiple ways: providing early backing for the Roanoke-Blacksburg Technology Council (which, he points out, “is now the second-largest in the state”), working with Blacksburg to start the Blacksburg Partnership (a nonprofit, independent economic development organization), opening the Innovate House residence hall for students interested in entrepreneurism and forming VT KnowledgeWorks, a business accelerator that encourages worldwide entrepreneurship. Just last year Tech’s Pamplin College of Business started the Center for Innovation and Entrepreneurship, a resource that teaches students about entrepreneurship and involves them in collaborations with the business community.

John Provo, Tech’s economic development director, notes that the university already has renamed the center — now the Apex Systems Center for Innovation and Entrepreneurship — after receiving a $5 million donation from four university alumni who started their successful Richmond IT staffing company, Apex Systems Inc., in 1995. California-based On Assignment bought Apex in 2012 for $600 million, according to Bloomberg.com. In giving the donation, Apex CFO and Tech alumnus Ted Hanson praised Tech for “preparing students for a successful future and cultivating job creation.”

Provo also points with pride to the fact that last year Tech was named by the Association of Public and Land Grant Universities as an Innovation and Economic Prosperity University, one of only 14 schools nationwide honored with the award for contributions to local and regional economies. He says the message delivered by new Tech President Timothy Sands in his installation speech last October greatly “reaffirmed our commitment to all stages of economic development, our distributed locations around the state, and especially a new approach to IP policy.” In that speech, Sands called for lowering barriers to commercialization and company formation by “focusing on unleashing talent rather than on licensing revenue.”

Indeed, Tech’s start as a land-grant school — rooted in inquisitiveness — is perceived by its leaders as a legacy that continues to inspire its influence on the regional and state economy. Meredith, in particular, believes that the CRC’s success is another reflection of that early value system.

“Look at the Cooperative Extension Service. It began as an attempt to take problem solving to the public,” he notes. “I think it’s cultural. I think the problem-solving culture at the university creates people who are looking for problems to solve. It creates entrepreneurs.” 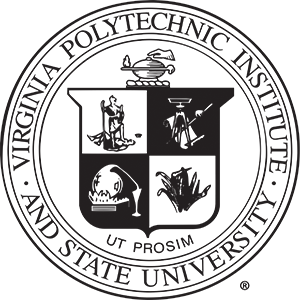