Jennifer Aument to leave in February, succeeded by Pierce Coffee

Aument will be succeeded by Pierce Coffee, who currently serves as Transurban’s vice president of customer experience and operations, according to an announcement Monday from the Australian company that operates the dynamically-tolled Express Lanes along high-volume interstates 95, 395 and 495.

Aument will leave Transurban in February and on April 5 will join AECOM, a Fortune 500 Los Angeles-based infrastructure consulting firm. She will be based in AECOM’s Arlington office, according to the company.

“We thank Jennifer Aument for her transformational contributions to Transurban and wish her the best in her next role,” Transurban Group CEO Scott Charlton said in a statement. “Together, Jennifer and Pierce were among those who pioneered the first dynamic Express Lanes in North America nearly a decade ago.”

Coffee has been with the company for more than 11 years and has been involved with the $4 billion Virginia Express Lanes network of interstates 495, 95 and 395. A Virginia native, Coffee  was named as head of marketing for Transurban in Australia in 2015 and later returned to the company’s North American operations. She assumed her role as vice president of customer experience and operations in 2019. Coffee earned her bachelor’s degree in commerce with concentrations in marketing and international business from the University of Virginia.

“With her tenured commitment to Transurban and our partners, I am confident that Pierce is the right leader to continue to build on our track record of success as we look to realize an exciting pipeline of opportunities in North America,” Charlton said in a statement.

Aument joined Transurban in 2006 and has overseen transportation projects including the 52-mile network of toll roads in the Greater Washington area, which includes 31 reversible miles on Interstate 95. She was also involved with the Dulles Corridor Metrorail Project. She also serves on the boards of the Eno Center for Transportation, the American Road & Transportation Builders Association and the Highway Users Alliance.

Before her time with Transurban, Aument worked with Bechtel Infrastructure to develop the Washington Metrorail Silver Line. She earned her bachelor’s degree in journalism and political science from West Virginia University and her master’s degree in business administration from The George Washington University. For nearly a decade, she served as a Virginia Port Authority commissioner and executive committee member. 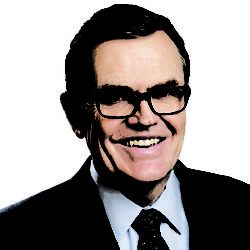