Legal Elite attorneys see the effects of a changing economy

Members of Virginia’s Legal Elite are seeing changes in the commonwealth’s economy.

Roanoke attorney D. Stan Barnhill of Woods Rogers, for example, says that his construction clients are at last seeing a recovery from the effects of the Great Recession.

“I had a number of clients who suffered through the downturn in 2007 and thereafter, a few of which unfortunately did not survive the struggle,” he says.  “Those clients that did survive are now approaching, if not exceeding, their prerecession activity, and I now hear much more upbeat comments about current market conditions than even two years ago.”

Bankruptcy lawyer John McIntyre of Wilson & McIntyre in Norfolk, however,  is seeing an increase in commercial defaults. “Unlike the last cycle, these cases do not have their genesis in any unified economic factor.  Instead, they appear to be the product of the change in the economy brought about by the last downturn,” he says.

Fairfax health law attorney Peter Lipresti says physician practices and physician-owned independent diagnostic centers are coping with a rapidly shifting industry. “The primary issue facing these clients is how to remain independent in the current health-care environment,” he says.

They are three of the 18 Legal Elite representatives featured on the following pages. Begun in 2000 in cooperation with the Virginia Bar Association, the Legal Elite recognizes lawyers selected by their peers as outstanding attorneys in 18 specialties.

This year about 1,300 lawyers nominated nearly 3,800 attorneys. More than 950 lawyers, about a quarter of the total nominees, made the final Legal Elite list.

Voting for the Legal Elite is open to any licensed Virginia lawyer. Electronic ballots are emailed each June to nearly 14,000 lawyers throughout the commonwealth. An online ballot also is available on the magazine’s website during the voting period.

Lawyers are allowed to vote for members of their own firms, but they must also vote for an equal number of attorneys in other firms for their ballots to be counted. “Outside” votes are given a higher value in arriving at each nominee’s total score.

Each year, the magazine profiles a representative from each of the 18 categories. The profile subjects are selected from the top 10 vote getters in each group, but scores are not the sole criterion. Lawyers who have been profiled before — a group which now numbers more than 200 — are not chosen for profiles.

Seven of the profile subjects are from Hampton Roads while five each hail from Central Virginia and Northern Virginia and one is from Southwest Virginia. 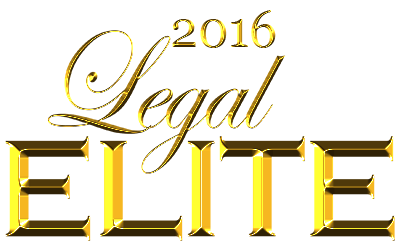