Suffolk-based TowneBank is moving closer to purchasing the 22-story Norfolk Southern Tower, reaching an agreement to purchase a nearby downtown Norfolk parking garage for $8.5 million.

Norfolk Southern Corp. is in the process of moving its corporate headquarters from Norfolk to Atlanta. The Fortune 500 railroad company is moving into a two-tower headquarters complex in Midtown Atlanta’s Technology Square.

In anticipation of the transaction, TowneBank has committed to purchase the nearby Commercial Place parking garage in downtown Norfolk for $8.5 million, Rubin says.  The parking garage has 744 spots — including general, monthly and restricted parking, according to the Downtown Norfolk Council. Norfolk City Council approved the sale of the garage on March 24.

The parking garage sales agreement was made through a limited liability corporation, McKinnon Tower LLC, primarily established by TowneBank.

“There are still contingencies related to the sale of the Norfolk Southern Tower and the purchase of the garage that must still be completed before the bank can close on both acquisitions,” Rubin says. “It is anticipated that will occur this coming summer.” 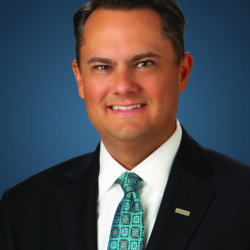