Currently head of Daimler Truck’s Autonomous Technology Group, Schmidt will take on his new role Oct. 1 and succeeds Michael Fleming. The company produces software for self-driving commercial vehicles and was started by a Virginia Tech robotics team, including Fleming, in 2005.

In 2019, Torc was acquired by Daimler Truck as an independent subsidiary, which has led to dramatic growth while maintaining its brand and leadership.

Since its 2019 acquisition, Torc has quadrupled in size to include more than 600 employees with teams in four locations in the United States and Europe, and Fleming realigned the company to focus on building autonomous technology for tractor trailers and vehicles with a gross weight rating exceeding 33,000 pounds. The company announced an $8.5 million expansion in Montgomery County in 2020 that added 350 jobs.

Schmidt is currently based in Stuttgart, Germany, but will relocate to Blacksburg, and Fleming will retain a seat on Torc’s board and will continue to advise the company.

In a letter posted to Torc’s website Thursday, Fleming said he plans to focus on the Self-Driving Institute, a nonprofit he founded, as well as his hobby of flying.

“I would like to extend my heartfelt thanks to Michael Fleming,” said Martin Daum, Daimler Truck’s board chairman. “His achievements for our company and for our industry as a whole cannot be overstated. He is a true pioneer and visionary who paved the way for autonomous driving, founding Torc Robotics 17 years ago. Torc has been part of the Daimler Truck family since 2019 and, with Michael at the helm, has successfully further developed its software solution for autonomous driving and adapted it to our Freightliner trucks.”

Schmidt joined Daimler in 2005 and has worked in a number of roles, including strategy, product and platform management, as well as production and plant management. As head of Daimler’s autonomous business unit, Schmidt orchestrated majority investment in Torc in 2019, and has worked with Fleming since then.

Schmidt earned degrees in physics, including a Ph.D. from Heidelberg University in Germany.

“We are all excited about this new chapter in Torc’s history,” Schmidt said in a statement. “We’re building on Torc’s long tradition of autonomous innovation and safety, and standing on the shoulders of the pioneers who built this industry from the ground up, starting 17 years ago with Torc’s founding. We’re looking forward to focusing on our customers’ needs, developing great technology together, and bringing the best possible product and much needed capacity to market as quickly and safely as possible.” 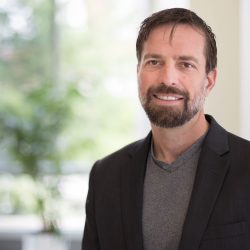 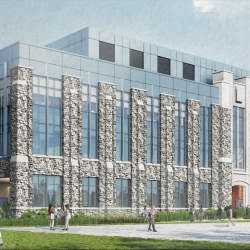