Calkain Cos. settles into a profitable niche

When Jonathan W. Hipp, founding president and CEO of the commercial real estate firm Calkain Cos., is asked to pick one word to describe the reason for his success, he doesn’t hesitate: “Persistence,” he says. “I keep on pushing.”

His clients can attest to that.  Back in the mid-1990s, when Hipp was a broker at Grubb & Ellis in Tysons Corner, John L. Gibson III was building Advance Auto stores in the Tidewater area. Hipp decided that he wanted to sell them for the developer, so he cold-called Gibson. No response. But, Hipp kept on calling and then drove down from Northern Virginia to see Gibson in person. The developer was impressed by the broker’s commitment, and they struck a deal. “We’ve had a fantastic relationship ever since,” Gibson says. “His work ethic speaks volumes.”

These days, Gibson’s dealings with Hipp are through Calkain, the company that Hipp and his partner, David Sobelman, founded in 2005 to focus on a class of real estate known as single-tenant, triple-net leases.

The term is applied to leases in which solo tenants are responsible for paying the taxes, insurance and upkeep (the three “nets” or NNN) on the properties they are leasing. These long-term tenants tend to be nationally known retail chains, such as drugstores, convenience stores, dollar stores, and fast and casual food restaurants such as Wendy’s and Hooters. Health clubs, day-care centers and dollar stores are other examples of common NNN leases.

“No one else in the entire country was hyper-focused on that one property type,” Sobelman says. “We did not create the industry, but we professionalized it.”

Today, less than a decade after Hipp and Sobelman started out in Reston as two optimists in an empty office that didn’t even have phones, Calkain has grown to nine offices nationwide, 40 employees and $10 billion in net-lease investment sales. The firm offers brokerage, consulting and investment services for private and institutional clients, in Southeastern states such as Virginia, Florida and North and South Carolina. Its asset management unit recently reached $100 million. To accommodate its expansion, Calkain recently moved to a larger space in Herndon where 21 of the company’s staff members work.

Hipp hopes eventually to open offices in California, Chicago and Texas. “We don’t want to be the biggest [in our field], but the most dominant,” he says.

Hipp describes a triple net lease as being like “a bond wrapped in real estate.” Like a bond, the lease is low risk and long term, usually 10 to 15 years. It offers a steady return, although not as high a one as more volatile investments, such as stocks.
Unlike a bond, though, at the end of the day, the holder of the NNN lease owns a tangible asset — usually prime property — which almost always appreciates, even if a lease expires or a tenant defaults.

Some of the most common buyers of NNN leases are people involved in retirement or estate planning who want a reliable, predicable income without having to field a lot of phone calls. A client with a net worth of $15 million to $30 million typically buys a property valued at $2 million to $5 million, says Sobelman.

About 30 percent to 50 percent of Calkain’s business involves 1031 exchanges. Under this model, the IRS allows a seller of a commercial property to defer long-term capital gains for six months. Calkain subleases the property to a qualified intermediary who holds the money until the sellers can reinvest in a new property — in Calkain’s case, almost always a triple-net lease.

Nancy Miller, a senior vice president of Bull Realty’s National Net Leasing Group in Atlanta — a Calkain competitor —  says about  half of her NNN lease buyers are able to pay cash, while the rest take advantage of low interest rates to find favorable financing.
“This sector has a higher demand than I’ve ever seen,” she says. “Sellers are getting top dollar, and the supply and demand curve are fighting one another. With so many people in the market, it is difficult to find quality property and be first at the table.”

Part of that increased demand is coming from real estate investment trusts, known by the acronym REIT. The minimum  investment by a REIT used to be about $20 million, says George Renz of Renz & Renz real estate brokerage in Gilroy, Calif., another Calkain competitor.  Now, the floor has dropped to $5 million. “We’ll have to see what happens when interest rates go up,” he says. “Values may take a hit.”

Miller and Renz speak well of Calkain.  The company “hires solid brokers, not newbies,” Miller says. “They have a fine reputation.”

“Calkain is successful because of its ultra-specialization,” Renz says. “They almost exhaust the category [of NNN leases]. I give their ‘Little Book of Triple Net Leasing Investing’ to my customers.” 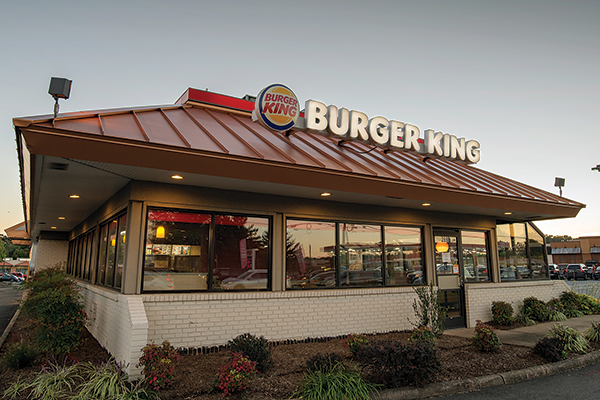 Indeed, Hipp and Sobelman are renowned as NNN-lease experts. Last March, Sobelman was tapped to co-chair the International Council of Shopping Centers’ first-ever conference on that investment class. In September, he was a keynote speaker at the ICSC’s Western Division conference in California.

Meanwhile, Calkain’s business keeps growing. In August, the company signed a brokerage agreement to sell eight Northern Virginia Burger Kings valued at $20 million, and it also recently listed an $8.8 million property in Stafford anchored by Chipotle and Verizon.  In June, it made headlines by selling a CVS drugstore in Tysons for a record $24.7 million — or $1,915 per-building-square-foot — to Rappaport, a commercial real estate company that normally focuses on shopping centers. 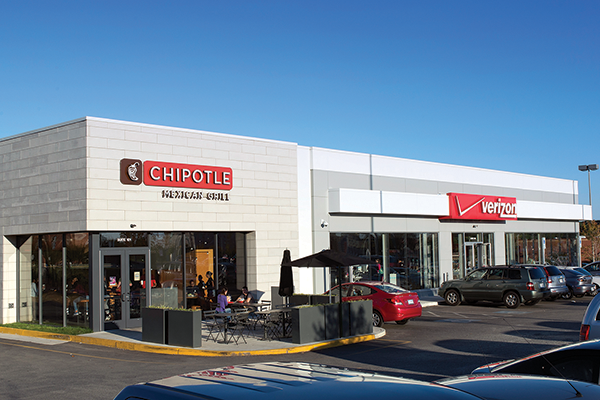 “Jonathan helps me understand the value of properties on the market,” says company founder Gary D. Rappaport. “My investment was made on the security of the tenant, the knowledge that I could replace that tenant and the long-term recognition that that corner can only get better.”

All this pursuit of dominance in the NNN lease arena doesn’t leave Hipp, in his early 50s, with a lot of room for recreational pursuits, though. “Free time, what’s that?” he says.

Nonetheless, the broker, who lives in Lansdowne with his wife, two children and two rescue dogs, makes time to give back to his community. In October, Calkain held a black-tie dinner and auction at Salamander Resort and Spa in Middleburg to raise money for the training of service dogs for wounded veterans and other people with disabilities.