Home News The place for placemaking

The place for placemaking

It must be nice to be Fairfax, where affluence has been the norm for decades, and where a continuous line of better days is anticipated to stretch ahead.

The D.C. suburb of 1.2 million — at 400 square miles, Fairfax is the big kahuna of the region — boasts an average household income of more than $150,000, just about the highest in the nation, and a barely there unemployment rate of 2.3%. Housing prices are up 1.5% in the past year alone, with the average cost of a house in the county now standing at $542,000.

The good fortune of being located next to the national seat of government has played a big part in Fairfax’s prosperity, of course, but the county also has become an increasingly active agent in shaping its own prosperity. The catalyst was the government spending cuts of a dozen years ago. When Uncle Sam turned tightfisted, Fairfax’s slew of federal contractors felt the pain, and what hurt them hurt the county — big time.

Local leaders realized that they needed to get serious about diversifying their economy, and the result has been an ambitious, two-pronged plan to refashion Fairfax into a center of the knowledge economy.

Innovation pipeline
In the knowledge economy, the capital is intellectual, and the products are not wheat, or steel, but innovative ideas, especially in the technology and STEM (science, technology, engineering and mathematics) fields. Examples of businesses that fall under the term include cloud computing, aerospace, cybersecurity, genomic medicine, autonomous vehicles and data analytics — all white-collar, future-looking enterprises.

The county’s laser focus on these industries has paid big dividends. Fairfax now has almost 9,000 such technology companies based within its borders, and white-collar jobs make up 28% of its employment, a figure that is four times the national average. The workforce is young, too — a third are just 19 to 34 years old.Those are impressive stats for any jurisdiction, but Fairfax wants more, and that’s where its two-pronged plan kicks in.

The first prong is to produce more of these workers close to home.

“We need to double the tech talent pipeline in 20 years. It is one of our highest priorities,” says Victor Hoskins, president and CEO of the Fairfax Economic Development Authority.

“If we had everyone we needed with the right skill sets, we could add 12,000 to 16,000 jobs” to the regional economy, concurs Terry Clower, a professor of public policy at George Mason University and director of Mason’s Center for Regional Analysis.

Fairfax recently allocated $1 million to figure out how best to get the talent pipeline flowing. “Concepts don’t get things done,” Hoskins says, explaining that $200,000 of that money will go to research to find out how to be most effective.

The county already spends 53% of its budget on schools. It has 1.9 million square feet of school construction in the works, according to school spokesman John Torre, and it’s busily retooling its curricula to align with the exploding need for tech talent. That effort has to start in pre-K, Hoskins says. 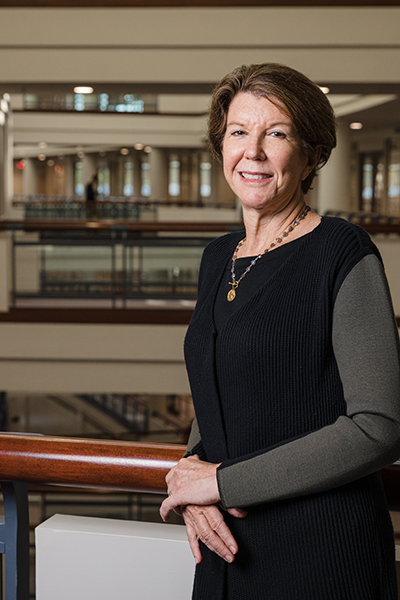 One way the county is accelerating change in its schools is by partnering with other educational institutions, regional entities and the private sector. “It’s always about partnerships,” says Rachel Flynn, deputy county executive.

For example, Northern Virginia Community College, George Mason and Amazon Web Services joined forces recently to establish a bachelor’s degree in cloud computing. By spring 2020, NOVA expects to have 300 students in its program. Their credits will be transferable to GMU, which began offering classes in cloud computing this fall and is launching a degree program in 2020.

At the Inova Center for Personalized Medicine on the 117-acre former Exxon campus near Fairfax Hospital, collaboration on medical research will be ongoing with both GMU and the University of Virginia.

Personalized medicine is seen by the county as a huge field of opportunity. The new partnerships will focus on cutting-edge research into treatments for cancer, as well as metabolic and heart diseases.
GMU also is investing $250 million in its Arlington campus to turn it into an “innovation district.” The university will add 1,000 professors and expand to

1.2 million square feet. The site will be home to the Institute for Digital Innovation and Virginia’s first-ever School of Computing. (See related story, Page 76.) Mason officials expect these changes eventually will more than double its number of computing majors to more than 15,000.

Placemaking’s poster child
The second prong of the county’s master plan is more visible to the naked eye — a concentration on “placemaking.” By that term, Fairfax means the physical transformation of a number of its hubs to appeal to the workers of the knowledge economy — mostly millennials and Generation Zers.

“The knowledge worker does not want to be in a business park,” says Christopher B. Leinberger, professor of urban real estate at George Washington University. “Seventy percent of all net new occupied space since 2010 is walkable urban. That’s the future.”

The placemaking going on at Tysons — formerly known as Tysons Corner — is remarkable. The suburban crossroads, once notorious for its concrete lack of character and hostility to all modes of transport other than the automobile, is envisioned to be the location of 200,000 jobs, 100,000 residents and 150 million square feet of development by 2050, mostly clustered around its four Silver Line Metro stops. Already, the in-process city is home to five Fortune 500 tech companies. 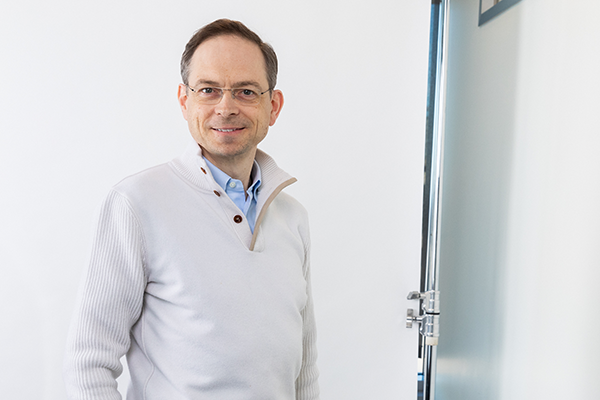 Matt Calkins, founder and CEO of Appian, recently moved his software company’s 700-person headquarters to Tysons. The attraction was multifold, he says. “Everything you need to build a tech company is right here in Fairfax,” he says, including great education, local capital, savvy business leaders and — unexpectedly for those who picture the Tysons of the past — green space. Plus, Tysons is at the crossroads of excellent transportation options, Calkins says, with easy-on/off to a network of sophisticated multilane highways and good access to Washington Dulles International Airport, which will get even better when the second phase of Metro’s Silver Line opens next year.

Tysons’ poster child of what it wants to become when it grows up — literally up, as it now possesses the tallest buildings in the region — is The Boro, a mix of luxury residences, high-end office space and retail, including a Whole Foods supermarket that sits on 18 walkable acres hard by the Greensboro Metro station. It eventually will encompass 4.25 million square feet of development. Also new at Tysons is a 32-story luxury apartment tower called The Lumen and a Wegmans grocery store at the Capital One site. A $120 million performing arts center with a rooftop park is slated to open nearby in fall of 2021.

More huge projects are in the works, as well. In July, county supervisors approved plans for The Mile, a development near the Tysons Corner Metro station. The Mile will feature 10 acres of parks and more than 3 million square feet of mixed-use development on 38-plus acres. And in October, the supervisors approved Clemente Development Co.’s The View, a 3-million-square-foot mixed-use development near the Spring Hill Metro station that will include the 600-foot-tall Iconic Tower building as its centerpiece. When complete, the skyscraper will be the tallest structure in Virginia, as well as the metro D.C. region — rising higher than the Washington Monument.

Such overwhelming numbers combined with such soaring ambitions may well be unprecedented. “It will be a decades-long evolution to a 24-7 urbanized area,” says Sol Glasner, president of the Tysons Partnership. “It is the greatest placemaking experiment in America.”

Fairfax’s official bird?
Placemaking on a smaller scale is going on at other Fairfax locations, as well. The Mosaic District in the Merrifield area of the county, for instance, is exactly the kind of mixed-use development that Fairfax wants.

Thirty acres of what had been a suburban desert has been turned into an oasis of cool, with 1,000 residential units, 500,000 square feet of retail and 73,000 square feet of Class A office space, all complemented by two parks and a multiplex theater. Property that was valued at $38 million before redevelopment is now assessed at $615 million.

Christine Richardson, president of the Northern Virginia Association of Realtors, says the Mosaic District is “doing extremely well.” That success has made it difficult for the local schools to keep up with demand. “The millennials are having kids, but they still want that urban neighborhood,” Flynn says.

Reston is yet another hot spot for placemaking. Robert E. Simon founded the suburb in 1964 along the very mixed-use principles that are being so fervently embraced 50-plus years later, but the Silver Line is spurring a new surge in development even in this long-established community.

Around the Wiehle-Reston East Metro stop, which opened in 2014, the Metro Commerce Center will include two apartment buildings, a 22-story office building, and a hotel, along with retail space, a civic center and pocket parks — small green spaces that will feature public art, terraces and open lawns. Nearby, the transformation of an aged office complex called Isaac Newton Square also is under consideration. Plans call for 2,100 residential units, along with about 68,000 square feet of retail, as well as an athletic field.

Near the yet-to-open Reston Town Center Silver Line station, projected to be in service next year, growth is likewise go-go. The 36-acre Reston Crescent mixed-use development is envisioned as eight urban blocks that will encompass 1.5 million square feet in office space, 1,721 residential units, a 200-room hotel and 380,000 square feet of retail, including a Wegmans. A neighboring development called the Reston Gateway additionally promises 4.8 million square feet in offices, apartments, hotels and retail.

Even more placemaking development is in the works at two farther-out, under-construction Metro stations expected to open next year on the Silver Line. At the Herndon station, Amazon Web Services’ prominent presence is expected to spur mixed-use development. “Nothing grows a crowd like a crowd,” says Clower. And at the Innovation Center Metro station, development is expected to piggyback on the presence of the nonprofit Center for Innovative Technology, which helps tech entrepreneurs develop business strategies.

“The construction crane could be our official bird,” quips Hoskins.

Even the Inova Center for Personalized Medicine wants to jump aboard the placemaking bandwagon. What originally was planned as an exclusively research and medical site now is being pitched to county planners to include commercial and residential projects.

Given its bona fides, only a fool would bet against that request being approved by Fairfax, a county that is so wholeheartedly committed to making the future happen now.