Like the quote from a possibly apocryphal Harvard Law professor, Virginia legislators can look to their left and then to their right, and one of their peers probably won’t be seated there next year, thanks to a supercharged primary field created by a late 2021 redistricting.

And now, 61 of Virginia’s 140 incumbent state senators and delegates find themselves competing for the same district with other incumbents. Some will face each other in June primaries and others in November general elections, while a few may decide not to run. The outcome is likely to create a major reshuffle in legislative leadership, if not party representation.

State Sen. Joe Morrissey, who faces former Del. Lashrecse Aird in a Democratic primary for the Petersburg Senate seat, welcomes the competition, saying, “We have no right to have a district that just protects us. Let the chips fall where they may.”

Here are just a few of the contested state Senate districts in the 2023 election year featuring familiar names: Democratic state Sens. Louise Lucas and Lionell Spruill Sr. in Hampton Roads; Republican Sens. Ryan McDougle and Minority Leader Tommy Norment in the Peninsula; and in the Roanoke Valley, Democratic Sen. John Edwards vs. Republican Sen. David Suetterlein. Three other sitting senators — Democrat Creigh Deeds and Republicans Emmett Hanger and Mark Obenshain — were in the same Shenandoah Valley district. However,  Deeds said he’s moving to Senate District 11, where many of his Charlottesville-area constituents reside, and where he’ll challenge Del. Sally Hudson for the Democratic nomination.

Delegates, too, are facing primary and general election battles, among them Republicans Israel O’Quinn and Will Wampler in Southwest Virginia, Democrats Eileen Filler-Corn and Kathy Tran in Fairfax County, and Luke Torian and Elizabeth Guzman, Democrats representing parts of Prince William County.

In Floyd and Patrick counties, the heat has already risen on the primary contest between Republican Dels. Marie March and Wren Williams. Not only are they seeking the same seat, but March pressed charges against Williams, claiming he slammed her shoulder as the two passed each other at a GOP fundraiser in Wytheville in September 2022. Williams has said he apologized and didn’t realize he had bumped into March, while she claimed it was intentional. On Jan. 4, a Wytheville General District Court judge found Williams not guilty.

“Those Southwest Virginia people, they get pretty fired up,” jokes Del. Hyland “Buddy” Fowler, R-Hanover, suggesting that GOP Del. Thomas Wright, who sits near March and Williams in the House, “will be the referee. We do have to maintain some level of decorum.”

Tempers aside, an election year often generates more posturing than real legislative action — but some of that depends on the ideological makeup of candidates’ districts.

“I think the conventional wisdom is that it’s a year to do nothing,” says Greg Habeeb, a former Republican delegate and now head of Gentry Locke Attorneys’ Richmond-based government and regulatory affairs team. “It’s a campaign year. There’s an insane number of primaries. There’s going to be huge turnover amongst Senate leadership from the highest levels of the Senate.”

Indeed, Sen. Janet Howell, the Fairfax County Democrat who co-chairs the powerful Senate Finance and Appropriations Committee, has been rumored to be considering retirement, having served in the Senate since 1992. Her new district includes Democratic incumbent state Sen. Jennifer Boysko.

Senate Majority Leader Dick Saslaw, who has served in the Senate since 1980 and turns 82 in February, may also retire. Democratic Sen. Dave Marsden is now in the same Fairfax County district.

“The [Republican] House majority is already at risk because of the lines that have been redrawn,” Farnsworth says. “The reality for a lot of Republicans is that the election that really matters is the primary.”

The state Senate, which Democrats have held in a razor-thin 21-19 majority since Republicans won back the House and the governorship in 2021, is a bit trickier to predict, although Morrissey says he believes Senate Democrats will hang on to power in 2023.

In January, though, voters in U.S. Rep. Jen Kiggans’ former state Senate district will vote for her replacement as the Republican takes office in Washington, D.C. State law requires the Jan. 11 special election to take place in the 2010-drawn 7th District including parts of Virginia Beach and Norfolk, which has gone back and forth between Democratic and Republican control. If Democrat Aaron Rouse, a Virginia Beach councilman, beats Republican candidate Kevin Adams, the Democratic-Republican divide will widen to 22 to 18 this session.

While the change of one Senate seat could make a difference in the fate of some bills in committee, the Senate has been a reliably steady institution, often checking the bolder impulses of the House of Delegates.

“The Senate, no matter who has been in charge, has been the same institution for a long time,” Habeeb says. “The majority-minority changes, but the leadership doesn’t change.”

However, that may not hold true much longer, he adds: “A lot of that’s about to change. A lot of folks are saying that [2023’s] the time to go.”

‘Get out of Richmond’

A major question for candidates, especially Republicans, is how far to push hot-button culture war topics. Common wisdom has it that some Republicans nationwide lost midterm elections by focusing on the premise of a stolen 2020 presidential election, a falsehood promoted by former President Donald Trump.

However, notes David Ramadan, a former Republican delegate who represented parts of Loudoun and Prince William counties, issues like abortion and transgender students’ rights go beyond simple rhetoric for some Republican officeholders and their constituents. “They believe very strongly in what they’re doing. They represent very, very red districts. They don’t go by the national atmosphere, especially in an election year,” says Ramadan, a professor at George Mason University’s Schar School of Policy and Government.

Even controversial bills that are likely to fail or be tabled — such as Republican Sen. Amanda Chase’s measure to prohibit all gender transition treatment for children under age 18 — can serve a role in differentiating candidates from competitors, Ramadan says. “They’re going to go with the far-right issue bills that will help them nail the nomination.”

But this legislative gamesmanship can have real-world effects. Even as Virginians are reeling from two mass shooting events in Charlottesville and Chesapeake late last year, it’s doubtful that a split legislature will pass any gun control legislation, based at least partly on campaign calculations, observers say. “Voting to restrict guns puts your primary renomination at risk if you’re a Republican,” Farnsworth says. “In the history of election-year sessions, [the rule is] do the minimum as fast as possible and get out of Richmond.”

Morrissey says decisions on what bills to file usually come down to a candidate’s priorities, as well as whether they hope to pass legislation via compromise in a divided legislature — although he planned to file a bill that would ban assault-style weapons, which is unlikely to pass.

“When it comes to some of these social issues, it’s fine to have your beliefs on that,” he says. “You don’t ever have to abandon your values, but remember you’re legislating for your entire district or the commonwealth of Virginia. That’s what goes through my head all the time.” 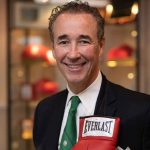 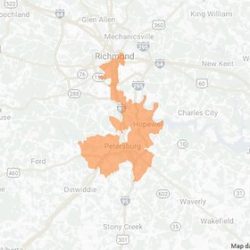 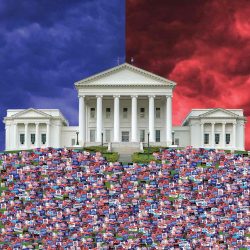