A former dry-cleaning facility that was redeveloped into a multi-use space credited with setting a new rent ceiling in one of Richmond’s hottest development areas won top honors as Project of the Year during GRACRE’S awards event on Tuesday.

More than 260 people turned out for the 17th annual awards presentation sponsored by the Greater Richmond Association for Commercial Real Estate, which recognizes the top commercial real estate projects in the Richmond region.

The top award went to The Handcraft Cleaners Building at 1501 Roseneath Road in Scotts Addition. Originally built in 1940 for Binswanger Glass as its headquarters and production facility, the 97,000-square-foot vacant building was purchased in 1983 by its current owners, Jay, Keith and Jeff Nichols. In 2016, the family decided to re-develop the structure as a multi-tenant office, retail, and manufacturing space.

According to GRACRE, the venture has set a new market rent in Scott’s Addition of $22 per square feet as well as creating a new standard for Class A office space.

Other projects that won top awards included a deal with Owens & Minor to lease nearly 90,000-square feet of vacant space at Riverfront Plaza in downtown Richmond for a new client engagement center.  The center, expected to create 300 new jobs and retain 200 that might have left the region, was named Transaction of the Year for 2017.  According to GRACRE, Owens & Minor considered 60 other cities before deciding to put the project in Richmond. Trib Sutton, Matt Anderson and David Wilkins of CBRE|Richmond were recognized for being the brokers on the deal.

The award for Industrial Project of the Year was the $20 million Amazon Sortation Distribution Center in Ashland. In this deal, known as “Project Lightning, developer Devon USA built a 328,000-square-foot building and got a certificate of occupancy to meet Amazon’s timeline in less than six months.

Altogether, GRACRE recognized 23 projects and transactions during its ceremony at the County Club of Virginia. Here’s a list of the other winners with locations determined by zip codes: 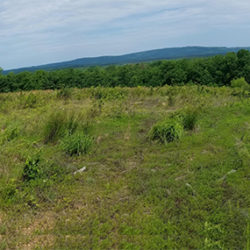 The 31-unit apartment property was 94% leased at time of sale.

Richmond area's largest hotel corporation will share space in the building with the newspaper.