For most of its history, the tobacco business primarily meant one thing for Henrico County-based Altria Group Inc. — cigarettes.

Altria, the parent company of Philip Morris USA, traces its lineage to a British tobacconist who began making cigarettes in 1854. PM USA holds the lion’s share of the U.S. cigarette business, thanks to Marlboro, the best-selling brand in the world.

Through acquisitions during the past seven years, however, Altria has expanded its major tobacco products to include dipping tobacco like Skoal and Copenhagen and cigars like Black & Mild.

Now, Altria has joined a movement that is sweeping the tobacco industry: It has started producing electronic cigarettes.

Nu Mark LLC, an Altria subsidiary, will begin in June the national rollout of its MarkTen electronic cigarette, with the goal of achieving market leadership.

Some industry observers describe electronic cigarettes as a “disruptive innovation” in the tobacco industry, a game-changing development that can sink one company while lifting another to dizzying heights.

Electronic cigarette sales soared nationwide in 2013, fueled partly by smokers looking for an alternative to a habit blamed for more than 480,000 U.S. deaths a year. Sales estimates ranged from $1 billion to $1.7 billion, depending on the inclusion of Internet purchases and other factors.

“We have increased conviction that consumption of e-cigs could surpass consumption of conventional cigs within the next decade [by 2023],” Bonnie Herzog, managing director, Beverage, Tobacco & Convenience Store Research, for Wells Fargo Securities LLC in New York, says in a recent report.

But the still-emerging e-cigarette market faces many questions that could affect its growth, including: How will FDA regulation affect the industry? What health risks do the new products pose?  And are smokers really interested in making the switch?

The FDA gained the authority to regulate tobacco products in 2009. On April 24, the agency announced proposed regulations for electronic cigarettes. They include a ban on sales to minors and an end to the distribution of free samples. Manufacturers would have to disclose the ingredients of e-cigarettes and place labels on their products warning that nicotine can be addictive.

Electronic cigarette makers also would be required to obtain FDA approval within two years to keep their products on the market. Any health claims would have to be substantiated by scientific evidence.

At least for now, the restrictions do not include bans on advertising, Internet sales and the use of flavorings.

The regulations are scheduled to become final after a 75-day comment period. 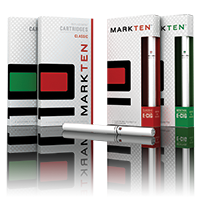 MarkTen and Green Smoke
Altria officials say that 40 percent of smokers have expressed a preference for an alternative to cigarettes. MarkTen is a manifestation of that interest.

Nu Mark, a subsidiary charged with creating innovative tobacco products, developed MarkTen for the newly coined “e-vapor” category.  An electronic cigarette produces a vapor when a liquid solution containing nicotine and flavorings in the device is heated. People who use electronic cigarettes are called “vapers,” not smokers.

After product adjustments were made following the Indiana trial run, MarkTen gained a 48 percent market retail share in just seven weeks in Arizona.

The product, which resembles a traditional cigarette, has a battery, a USB connection for recharging the battery and a cartridge containing nicotine liquid.

The MarkTen website warns that it is not a smoking cessation product. The website also warns that nicotine is addictive and habit-forming and is very toxic by inhalation, in contact with the skin, or if swallowed.

In addition to developing MarkTen, Nu Mark recently acquired Green Smoke, an e-vapor company founded in 2008, for $110 million.  Green Smoke produces electronic cigarettes, but its devices are somewhat larger than a MarkTen. It makes cartridges with flavored nicotine liquids bearing names such as “vanilla dreams” and “smooth chocolate,” in addition to traditional tobacco flavorings.

David Sylvia, Altria’s senior manager, corporate communications, says Green Smoke adds more than market experience to the company. “They bring a real entrepreneurial spirit, which we are trying to bring into Nu Mark,” he says. “Some people say [the e-vapor industry] is a technology segment, not a tobacco segment. The mindset in a technology industry is very different” from the tobacco industry.

Altria is not the only major Virginia tobacco company interested in the growth potential of e-cigarettes. In August, Richmond-based Universal Corp., a global leaf tobacco supplier, announced it was creating a joint venture, AmeriNic Inc., to produce liquid nicotine for electronic cigarettes.
Universal’s joint venture partner is Merry Hill, N.C.-based Avoca Inc., which the announcement identified as a leading botanical extraction company.

The potential growth of e-cigarettes has created buzz on Wall Street. Herzog, the Wells Fargo analyst, believes that, as the Big Three tobacco companies — Altria Group, Lorillard Inc. and Reynolds American Inc. — invest more in e-cigarettes, the market will mushroom.

In a report issued before the FDA announced its proposed regulations, the analyst said that federal oversight “may ac­­tually be positive since it ultimately entrenches existing e-cig players as it increases barriers to entry.”

Under  proposed regulations, the ingredients of electronic cigarette solutions would be disclosed.

The ingredients in MarkTen are listed as tobacco-derived nicotine, water, propylene glycol and glycerol, as well as additional flavoring ingredients. MarkTen also comes in menthol.

The product contains 1.5 percent nicotine by weight of the liquid solution, but the amount of nicotine consumers receive depends on how they use the product. Some people, for example, will take long puffs and others a series of short ones.

Tobacco still profitable
In announcing MarkTen’s national rollout in February, Martin Barrington, Altria’s chairman and CEO, told stock analysts attending a Florida conference that the company has produced total shareholder returns of about 137 percent during the past six years, more than three times the return of the S&P 500.

He noted that Altria’s tobacco business (including cigarettes, cigars and smokeless tobacco) earned approximately 51 percent of the total U.S. tobacco manufacturers’ profit pool of $14.5 billion last year, more than twice the percentage of its largest competitor. Cigarettes represent 80 percent of that profit pool, which has grown at a compounded annual rate of 5 percent during the last five years.

Cigarette sales ($66 billion) are by far the largest consumer product category by dollar sales in major U.S. retail channels — twice the size of beer ($30 billion), the next biggest category.

Although cigarette volume has been declining on average about 3 to 4 percent over the past six years, Barrington emphasized that the company’s premium tobacco products remain the core of Altria’s business model.

Marlboro holds nearly 44 percent of the cigarette market, while Skoal and Copenhagen together account for more than half of all smokeless tobacco retail sales.

Altria estimates that 90 percent of adult smokers are aware of electronic cigarettes and about two-thirds have sampled them.

“But adoption rates are pretty low at this point in time, which would indicate that there is interest, but probably the products are not meeting the needs of people today,” says Clifford B. Fleet, the president of Philip Morris USA, which is not involved in the production and marketing of MarkTen. “And so that’s a challenge that I think we and other people in the space are struggling with and dealing with.”

Altria has signed a licensing agreement with Philip Morris International, a former division it spun off as a separate company in 2008, to sell Nu Mark’s e-vapor products abroad.

While the MarkTen device is manufactured in China, nicotine liquid used in the e-cigarette is made in Richmond.

Although nicotine can be derived from numerous sources, the nicotine used in MarkTen — and in e-vapor products, generally — is from tobacco.

About 4,000 of Altria’s 9,000 employees are based in Virginia. It’s not clear what effect, if any, the company’s entry into the e-vapor business will have on employment in the commonwealth.

Altria officials are not saying what they have invested to date in the e-vapor category. The industry’s movement toward electronic cigarettes comes at a time when Altria and other big tobacco manufacturers expect to see substantial savings because of the phaseout of tobacco quota buyout payments to farmers.

The payments, begun under a 2004 law that ended Depression-era tobacco quotas, have been made annually for 10 years. They end after the third quarter of 2014.

Acreage still expanding
While cigarette consumption is declining, you wouldn’t know it by the way Virginia farmers are expanding their tobacco acreage, in response to export demand.

“The acreage has been on the uptick for the past four years,” says Todd Haymore, Virginia’s secretary of Agriculture & Forestry.

He pointed out that several years ago Japanese Tobacco International (JTl) invested $19.5 million in Danville to establish a tobacco processing facility.

In 2013, the company announced a $7.5 million upgrade of its Danville facility.

Haymore said the increased tobacco acreage and tobacco investments were unrelated to c-cigarettes.

Altria’s Sylvia says no one yet knows where electronic cigarettes will take the tobacco industry.

“It’s important for people to know that we see this as … an exciting opportunity within the tobacco sector. Our goal is to gain leadership in this category.

“Altria is moving where the adult tobacco consumer is moving,” he says.

16 stores in 60 days: Avail Vapor owners are rapidly expanding their chain of shops, by Gary Robertson 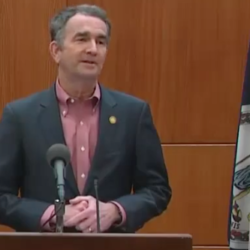