Construction co. plans to renovate, then move in in early 2022

Construction company The Branch Group Inc. is relocating its corporate headquarters to a larger building within Roanoke, the company announced Monday.

The company sold its current headquarters for $2.9 million in September. It has purchased the former Kroger Co. mid-Atlantic division’s headquarters, a 58,000-square-foot building on Peters Creek Road for $3.125 million, to expand and consolidate its three current office locations. The Branch Group plans to renovate the facility and move in, in early 2022. The Kroger division moved its headquarters to Glen Allen in January.

“We saw the purchase of the former Kroger Regional headquarters as a great opportunity to grow and expand while maintaining our commitment to Roanoke and Southwest Virginia,” The Branch Group CEO Donald Graul said in a statement. “A vast majority of our 800 employees live and work in the Roanoke region and this provides us an opportunity to further collaborate on critical projects for our customers.”

Founded in 1963, The Branch Group, which is employee-owned, provides corporate services and leadership to its companies: Branch Civil, Branch Builds and G.J Hopkins | Lacy. 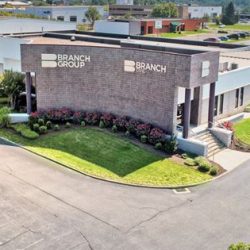 Construction company will remain in building as tenant 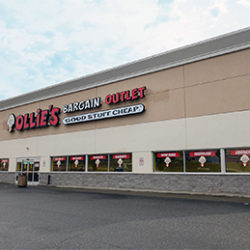