Although the “Great Resignation” is hitting other industries harder, Virginia law firms are experiencing a tight labor market while also seeing increased demand for services.

Alison McKee, a past president of the Virginia Bar Association and an attorney at Kaufman & Canoles PC in Virginia Beach, notes that “2021 was the busiest year in a while I’ve had. I do think there is a shortage of talent coming in at the lower levels,” including associate lawyers, the typical entry- level position for new law school grads.

The combination of bigger caseloads — particularly in legal transactions — and not enough attorneys has put a crunch on firms. And on top of that, some younger attorneys also are struggling with school closures and child care worries, McKee says: “I raised four kids. I would be completely stressed out.”

A January report from Thomson Reuters Institute and the Georgetown University Law Center found that demand for law firm services rose by 4% last year, following a 1.6% decrease in 2020, and 60% of midlevel attorneys at 77 Am Law 200 firms surveyed said they would consider leaving their firms for a better work-life balance. Another 27% said they’d leave for higher pay.

In December 2021, Reuters reported that nearly 14,000 associate lawyers moved between U.S. law firms last year, a 51% increase from the past four years’ average. Also, the number of 2022 law school applicants declined by 5% compared with fall 2021, the first dip since 2018, according to the Law School Admission Council.

McKee says that law firm executives are “very much aware” of their employees’ struggles to complete work amid the unpredictability of the pandemic, and most allow attorneys to work from home and put in unconventional hours. And although she has not seen younger attorneys leave firms in an exodus, “there’s a lot of talk about it.”

Some older lawyers, she says, are choosing to retire earlier than expected, and the pandemic also has created a great deal of isolation, which can be particularly difficult for early career attorneys. “Young people have been pretty much stagnant in what they need to do for client cultivation and bar activities,” McKee notes. “I believe that getting together with other lawyers is a real highlight of our profession.”

With the legalization of marijuana possession and more legislation on the way that would allow commercial sales of THC products in Virginia, as well as court actions stemming from changes in state government, attorneys are likely to be even busier.

Although Republicans, who have regained control of the House of Delegates and the governorship, have different priorities than Democrats in terms of licensing and creating a legal retail marijuana market. State lawmakers are poised to take action to regulate sales and taxation this year.

Miyares is already taking very different stances, ordering public universities to end their vaccination mandates, reversing abortion opinions and firing 30 attorneys in his office, as well as the University of Virginia’s counsel, Tim Heaphy, while he was on leave and investigating the Jan. 6, 2021, U.S. Capitol insurrection.

In other Virginia legal industry news, former executives at LeClairRyan, once the state’s fifth-largest firm, reached a November 2021 settlement with the defunct firm’s insurer and bankruptcy trustee over $10 million in pending claims. However, trustee Lynn Tavenner’s $128 million claim against legal services provider UnitedLex continues, with trial scheduled for April. The 26 defendants include 13 former LeClairRyan directors and officers who Tavenner says cost the firm at least $41.7 million. 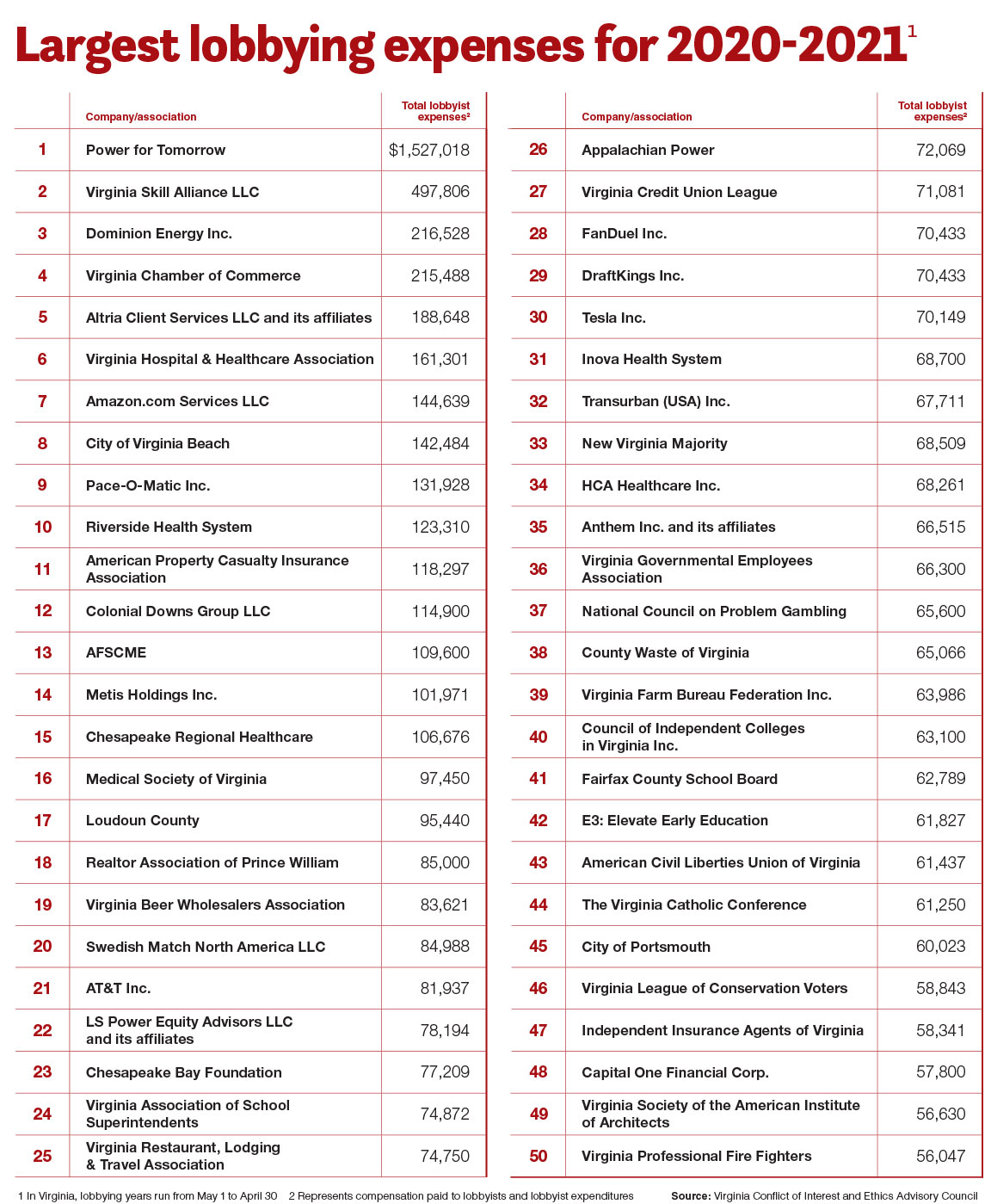