Despite these changes, he remains enthusiastic about his field. “Trying cases, though stressful, is also fun. It is why most of us chose to become litigators. While both the tools and the rules have changed over the years, the most rewarding parts of the job continue to be advocating for my clients and building quality relationships with other attorneys.”

Fowler is one of the 21 lawyers who have been Legal Elite honorees every year since Virginia Business began the project in 2000. This issue represents the Legal Elite’s 20th edition.

Launched in cooperation with the Virginia Bar Association, the Legal Elite polls lawyers across Virginia each year, asking them to identify which of their peers are the top attorneys in a variety of legal specialties.

Legal Elite now has 20 categories of legal specialty, two more than last year and double the number featured on the first list.

The 21 attorneys appearing in all 20 editions are listed on the following page. Eleven of the honorees hail from Central Virginia, while six are based in Hampton Roads and four are in Northern Virginia.

Williams Mullen also has three long-term honorees: William D. Bayliss and Fowler, who are based in Richmond, and Thomas R. Frantz in Virginia Beach, the firm’s chairman emeritus.

“I feel very honored that, for each of the last 20 years, I have been recognized by my peers as an elite practitioner,” Fowler says. “I am not sure I deserve this recognition, but I certainly do appreciate it. We should all aspire to earn the respect of the others in our profession.”

The new practice groups added to the Legal Elite this year are elder law and immigration law. The two practice areas have seen increasing activity in recent years.

“As the population gets older, and families become smaller and more spread out, it becomes ever more crucial to develop a plan to manage a future incapacity,” says Carolyn White, an elder law attorney with ThompsonMcMullan in Richmond. “Elder law will continue to focus on ‘hard issues’ such as choosing a medical proxy or how to pay for care, but will also need to address ‘soft issues’ such as how to avoid becoming so isolated that you become vulnerable to scam artists or untreated illnesses.”

In compiling the Legal Elite, electronic ballots are emailed to more than 14,000 lawyers, and a balloting website is available during the voting period.

This year’s Legal Elite includes 1,133 lawyers, roughly a quarter of the 4,991 nominations the magazine received. Voting participation rose significantly this year, with the number of ballots cast growing to 1,453 from 1,062 last year.

Virginia Business also profiles a representative from each category. Profile subjects are among the top vote getters in each group, but scores are not the sole criterion. Lawyers who have been previously profiled in the Legal Elite were not considered as profile subjects. 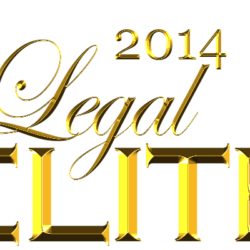