The 15th edition of the Legal Elite 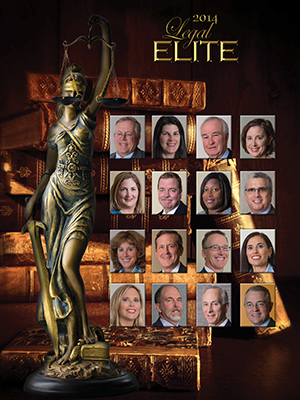 This year marks the 15th edition of the Legal Elite in Virginia Business.

Begun in collaboration with the Virginia Bar Association in 2000, this year 1,315 Virginia lawyers nominated 3,461 of their peers in 16 legal categories. Roughly a quarter of the nominees, 920, made the final list.

Since its beginning in 2000, the Legal Elite process has changed. At first, ballots primarily were cast by members of the bar association. Now voting is open to any licensed lawyer in Virginia.

The process moved from paper ballots to electronic ballots in 2009. These ballots now are emailed to more than 11,200 Virginia lawyers and also are available on the Virginia Business website.

Lawyers are allowed to vote for attorneys in their own firms, but they also must vote for an equal numbers of attorneys outside their firm. “Outside” votes are scored higher than “inside” votes in arriving at a final score for any nominee.
In compiling the Legal Elite list, Virginia Business has profiled representatives from the 16 legal categories. Profile subjects are chosen from the top 10 vote getters in each category, but are not necessarily the attorneys with the most votes in their group. Lawyers who have been profiled before are not considered.

Some of the profiles reveal how a legal practice can evolve over the course of a career. For example, Richard F. Smith of Smith Pachter McWhorter PLC in Tysons Corner relates how he became involved in alternative dispute resolution.

“When I started in private practice, I specialized in construction law and government contracts.  Many of the disputes I became involved in were resolved in arbitration, and later mediation,” he says.  “Early in my career I qualified to be on the AAA

“Meet with college advisors and consider taking classes that require 1) detailed analysis in order to solve problems, 2) the written and oral defense of a position and 3) the clear communication of an idea or thought,” she says.  “Find willing mentors for your law school career and law practice who will stress the importance of 1) building an excellent reputation, 2) being knowledgeable in your practice area and 3) giving back and personally investing in your community.”

Excellent advice for any career.