Even though it’s a relatively small community, the Martinsville-Henry County area continues to diversify its economy, adding international companies to its mix of businesses.

“Advanced manufacturing is a good fit for us,” says Mark Heath, president and CEO of Martinsville-Henry County Economic Development Corp.

The company, founded in 1918, is based in Herrljunga, Sweden. In addition to its home country, it has operations in Brazil and Poland.

Starsprings will invest $3.7 million in establishing its first U.S. manufacturing operation in Henry County. It will make mattress units used in the cabs of trucks making long-distance hauls. “The company does a lot of work for Volvo and Mack Trucks,” says Heath.

Starsprings found a 50,000-square-foot building in Henry County that suited its needs. “It was owned by Frith Construction, a local construction company, and it had been used by different manufacturing companies over the years. It was perfect for them,” Heath says.

Before committing to Virginia, the company considered locations in North Carolina and Pennsylvania.

“They were serious about looking at other places. During the middle part of this, I would not have been surprised if they had gone to North Carolina,” Heath says. “North Carolina was still very much in the mix when they were looking at us, but I think we had an aggressive package.”

Virginia’s incentive package included a $100,000 grant from the Commonwealth’s Opportunity Fund and $220,000 from the Tobacco Region Revitalization Commission. Starsprings also will receive benefits from the Port of Virginia Economic and Infrastructure Development Zone Grant Program.

“The CEO of Starsprings was very honest when the announcement about coming to Virginia was made, saying the fact we had a good incentive package was helpful for them,” Heath says. “Also helpful was the amount of local support and help we were giving them.”

The company’s goal is to have the site operational by this fall. It will create 68 jobs. “They are projecting to hire 22 people this year and the balance in 2017,” says Heath. 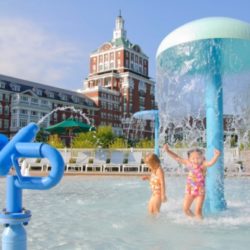