It took a lot to make The Lake happen.

Developer Brett Burkhart had to nail down $323 million in financing, obtain a slew of permits and get Chesterfield County to offer performance grants or tax rebates. That took seven years, but he finally got it done, and clearing is underway on the 105-acre site on Genito Road across Route 288 from the county’s River City Sportsplex.

The centerpiece of The Lake, a 13-acre artificial pond with a tow cable, will accommodate water skiers, wakeboarders, paddle boarders and kayakers. It’s anticipated to open in late 2023.

“A lot of developments now are being anchored by entertainment elements,” says Burkhart, who started two entities, Lake Adventures LLC and Flatwater Ventures LLC, to run the park, which will also include a six-acre surf pool, one of just a handful of such facilities in the country.

The Lake will offer a 170-room hotel and 150,000 square feet of retail, restaurant and entertainment space. More than 1,000 residential units and 100,000 square feet of office space are in the mix, too, but a major priority for the county is the commercial piece of the project and its accompanying tax income.

“It is glaring that we are losing opportunities,” says Chesterfield Board of Supervisors Chairman Christopher Winslow, who notes that 15,000 people can converge on Chesterfield for sports tournaments at the River City Sportsplex but then head to Richmond or other localities to seek restaurants, lodging and entertainment.

Under an agreement approved by the board in August, The Lake will receive county tax rebates of up to 80% over the next two decades for mixed-use and commercial development, although residential sections are not part of the deal. Its total value is estimated at $27 million to $28 million.

Winslow voted for the incentive. A report by WRIC 8News noted that he received a $2,500 campaign donation from Lake Adventures in May, but Winslow told the Chesterfield Observer he had supported the project before the donation.

Chesterfield County Director of Economic Development Garrett Hart III says that county funding, regardless of the incentives, “is not at risk at any point in the process.”

Like Winslow and Burkhart, Hart is counting on The Lake to attract not just destination visitors but also tourists heading to the Sportsplex.

“I expect one out of 10 [of Sportsplex visitors] to get wet,” Hart says. 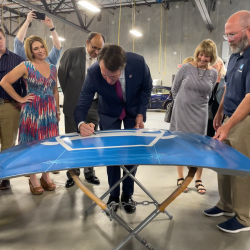 Online car retailer plans to hire 400 by end of year 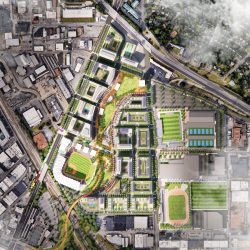