What do you do when a program exceeds its goals? Pop the cork on a bottle of champagne?

That’s not the case for the Virginia Department of Veterans Services, the state agency running Virginia Values Veterans (V3), a program that helps employers recruit and hire former military personnel. In keeping with the focus of the veterans it serves, the agency’s attitude is: Soldier on; the mission is not over.

V3 is not a charity. The commonwealth has identified veterans transitioning out of military service as a much-needed source of skilled labor to fill Virginia’s workforce pipeline. V3-certified employers in Virginia are coached on identifying military skills that can be valuable in the civilian workplace.

In 2012, when the first V3 conference was held, representatives from more than 50 companies attended. Today, more than 800 companies are V3-certified, and the number is climbing.

When Gov. Terry McAuliffe entered office in 2014, he challenged V3 to help businesses hire 20,000 vets by the time he left office in January 2018. V3 reached that benchmark late last year, so the governor immediately raised the goal, now set at 25,000, by next January. So far,

Virginia employers involved in the program have hired 22,000 veterans.

While aiming at a higher target, the Department of Veterans Services began scrutinizing the program, looking for ways to improve it.

“What we’ve learned about highly successful programs is that sometimes they will reach a plateau,” says Veterans Services official Annie Walker. “We did a deep dive before we reached that plateau. We asked the question: What next?”

Walker is a former Army drill sergeant and social worker who heads the department’s Veterans Education, Training and Employment directorate (VETE). “I’m the gentlest drill sergeant you’ll ever meet,” she says with a deep, rolling laugh.

In taking a hard look at V3, Walker and her colleagues came up with a revelation: “We needed to expand our vision. We needed to go beyond the businesses,” she says. 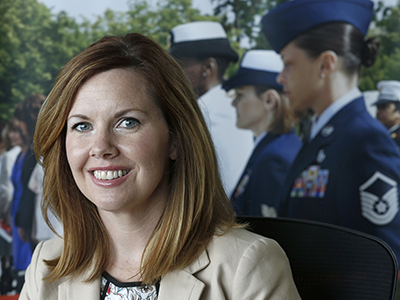 Too often vets’ first contact with V3 or other employment programs was six months or more after they had left military service.

“We knew that we had to get to them sooner,” Palumbo says. “We’re finding the sweet spot is between 12 and 18 months before you separate from the service. If we can get to you … we can get you [prepared for a civilian career] … It’s when you come to us six months out … that we’re finding people falling off and [winding up] in the unemployment line.”

Military Medics and Corpsmen
To help expand the number of veterans moving into the civilian workforce, Veterans Services also has added programs.

One is the Military Medics and Corpsmen Program (MMAC), which focuses on helping former military medics and corpsmen get jobs in the health-care industry.

MMAC is the first of its kind in the nation, Veterans Services officials say. The program does not grant licenses or certifications, and it also doesn’t provide financial assistance for transitioning military personnel. But it does open the door to possible employment at several health-care institutions participating in the program. 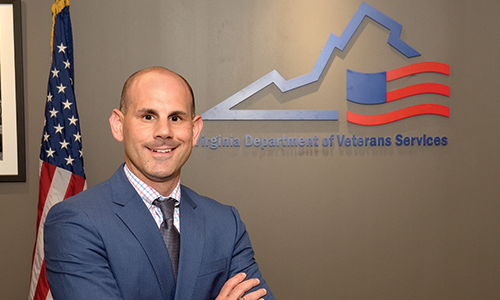 Michael Bluemling Jr., an Army vet who is V3’s new program manager, remembers working with a veteran who had been a physician’s assistant in the military. The vet had no way to transfer his skills to a civilian health-care environment. “This is an example of how this program is going to be able to meet that need,” Bluemling says.

One of the employers participating in the MMAC program is the Richmond-based Bon Secours Virginia Health System. “We’d already had veterans working for us, and we knew the value they brought to the work force,” says Paul Junod, the health system’s administrative director of human resources.

He says MMAC creates another pipeline of candidates for health-care positions in clinics, physicians’ offices and hospitals. If the newly hired veterans hit a snag in their transition to the civilian health-care workforce, they can seek help from fellow veterans in the Bon Secours system. “It’s the Stars and Stripes group,” Junod says.

Bon Secours so far has hired five veterans through the MMAC program, which is still in its infancy, but the health system intends to recruit more.

Veterans, Junod says, “come from an environment where they’re expected to be leaders, they work in teams and they’re good at problem-solving,” all of which fits in well with the kind of employees Bon Secours wants.

State officials hope that hospitals and other health-care institutions participating in the program will mentor qualified veterans, helping them pursue degrees and licenses as they improve their skills.

Nationwide, about 11,000 medics and corpsmen transition out of the military every year.

V3 Educator
Another new Veterans Services program is V3 Educator. Its intent is to help colleges, universities and other educational institutions better understand how they can help veterans tackle challenges in furthering their education.

Of the 2.6 million-plus post-9/11 veterans, fewer than half are using their GI Bill benefits, studies have found.

Walker says the aim of the V3 Educator program is to help veterans overcome problems assimilating to the classroom and making progress toward graduation.

As of early spring, only a handful of colleges had been certified by the V3 Educator program, but Veterans Services officials say more than 140 people have received training, including more than a dozen representing educational institutions and nearly as many from licensing and credentialing agencies.

Tidewater Community College (TCC) in South Hampton Roads has been certified by V3 as both an employer and educator of veterans. In addition to TCC, John Tyler and Germanna community colleges also have received the V3 Educator designation.

About a third of TCC’s 37,000 students are active-duty military personnel, retired veterans or family members of veterans. “We happen to be in an area where all branches of service are represented,” says Bill Brown, executive director of TCC’s Center for Military and Veterans Education.

Established in 2012, the center’s primary goal is to help its veterans and their families gain the skills they need to become employable. Brown says center students’ most popular majors include engineering, business administration, science and information technology.

Veronica Cianetti, TCC’s director of military student services support, says the overwhelming majority of center employees have military backgrounds. That common bond gives veterans a sense of ease right away, she says. “We’ve done it; we’ve been there.”

Boots to Business
When their military service is over, many veterans want to start businesses.  Nationally, they run nearly one in 10 small businesses, according to a U.S. Census Bureau survey.

One is Boots to Business, which began in Virginia about three years ago. Its training helps vets learn how to establish and manage a company. Boots to Business is part of the Department of Defense’s Transition Assistance Program for separating veterans.

“Virginia was one of the leaders, very proactive in setting up programs at all the major military installations,” says Carl Knoblock, director of the SBA’s Richmond District Office.

The program includes an introduction to entrepreneurship. After that, veterans and their spouses can take an eight-week online course to learn the principles of creating a business plan.

“Spouses are looking for a business they can pick up and move, so wherever they go they don’t have to go looking for a new job,” Knoblock explains.

As the Boots to Business program expanded, he says, SBA turned it over to a resource partner, Veterans and Business Outreach Centers.  Currently, Virginia has three participating outreach centers.

During the past 18 months, more than 2,500 people have been trained under the Boots to Business program, and 300 businesses have been started, Knoblock says.

Although the SBA relinquished some of its duties to the outreach centers, the agency still helps veterans start businesses through another program, Boots to Business: Reboot. That program targets veterans who left active duty a number of years ago or have retired.

Knoblock says the SBA now is starting another effort to help veterans. “The third phase is working with veterans who served their country and were honorably discharged but have been incarcerated,” he says.

In addition, the SBA learned that many veterans want to become farmers. “So, last year, we had an agricultural reboot, the first one in the country,” Kn­oblock says.

Nonpartisan issue
John Newby, commissioner of the Virginia Department of Veterans Services, says there are nearly 800,000 veterans in Virginia. That number is expected to grow by another 30,000 during the next three years.

With all the political discord that exists in the country, Newby says, he has been lucky to work on an issue — employing veterans — that is nonpartisan.

“There is a not a single legislator I’ve met with who has not said, ‘This is the right thing to do,’” Newby says.

A voice for veterans

Staying on the move