Watch your nest egg, particularly if it is extra-large.

As Congress scrambles to hike taxes on the wealthy and fund trillions of dollars in social spending, legislators see a potential goldmine in so-called mega individual retirement accounts.

Mega IRAs, defined as individual retirement accounts containing at least $5 million, are being touted as a hot new trend in wealth management for high net-worth clients. But their use is not new for the wealthy or, for that matter, people of more modest means — for whom the once-humble IRA was designed.

“What’s changed in the public domain is news about the enormous amount of money that has accrued in some accounts,” says Jeff Grinspoon, managing director and partner of VWG Wealth Management at Hightower Advisors in Vienna.

Nearly 29,000 Americans hold more than $279 billion in mega IRAs, according to Congress’ Joint Committee on Taxation. Of these, nearly 500 individuals have accumulated $25 million or more in their accounts.

In November, House Democrats passed the $1.75 trillion Build Back Better reconciliation bill, which eliminated so-called “backdoor Roth” loopholes that allow the wealthiest Americans to hold money in Roth IRAs. The package also limits IRA contributions to $10 million. The Senate could still make changes to the legislation, with a vote likely to come in December.

The matter went back and forth among House Democrats, who were looking at placing caps on IRA holdings and giving the Internal Revenue Service more authority over IRAs. One option Democrats were exploring would force Roth IRA account holders to withdraw half of any amount over $10 million annually. If they have more than $20 million in Roth IRAs, they’d have to withdraw enough to get below $10 million. Retirement industry firms lobbied against the measure, and Democrats had backed off on the attempt in late October before placing IRAs back in their crosshairs barely a week later. By one estimate, the mega IRA crackdown would generate $7.3 billion in federal tax revenue over a decade.

“Congress sees it as, ‘This is not what these accounts were meant for, so let’s put limits on what can be put into an IRA,’” Grinspoon says, adding, however, “I always recommend to my clients to utilize any investment tool that the tax code allows to save money.”

“The focus on the mega IRA suggests that something is wrong or that only the rich can play and benefit,” says Joseph W. Montgomery, managing director of investments for The Optimal Service Group of Wells Fargo Advisors in Williamsburg.

“Of course, it takes money to make money, but it’s a very equal playing field if you are a qualified player with proper advice,” Montgomery says.

“Investors have an obligation to do the best they can within the guidelines of the law,” he adds, adding that no one is bound by patriotic duty to pay more than their due share.

Placing any limits on IRAs — a solid technique to save for retirement — could backfire and provide a disincentive for saving, financial experts say.

“Congress is looking at ways to raise additional revenue and taxes and ultimately [may] discourage people from investing in IRAs,” Grinspoon says.

A $10 million limit on IRAs wouldn’t affect the majority of people, he says, “but once Congress places a limit, it opens the door for government to continue to lower the bar.”

Grinspoon’s firm caters to high net-worth people — “some who have accrued a good amount of wealth mostly because they have invested wisely, not because they were able to shove it into an IRA.”

Gregory Smith, managing director and senior financial partner of The Wise Investor Group at Robert W. Baird Co. in Reston, asks, “Will Congress crack down on mega IRAs? Break the Roth promise? Find a way to tax Roth IRAs? Institute Roth IRA account limits?” Maybe, he thinks. “Just about every certified public accountant I speak with thinks one or more of those outcomes is inevitable,” he says, even though he personally thinks lawmakers would likely pay a political price for trying to tax constituents’ retirement funds.

“You’ll benefit the most from having saved into all three types of accounts for maximum flexibility, balance and choice,” Smith says. “Tax policy and rules around saving, contributing and investing will invariably change over the coming decades.”

A rule change in 2010 allowed anyone — regardless of income level — to convert holdings from a traditional IRA into a Roth. A win-win, it allowed the federal government to collect more money upfront instead of waiting years for disbursements, and investors could still get tax-free growth in their accounts.

The same rule has become the latest lightning rod, however, after ProPublica reported in June that billionaire Peter Thiel amassed $5 billion in a Roth by placing PayPal shares, valued at $1,664 when the company was private, into his account in 1999. Within a year, the fund’s value climbed to $3.8 million. An extreme example of using the Roth to create a mega IRA, Thiel employed the same lucrative strategy to invest in Meta, formerly known as Facebook Inc.

Using a Roth as a tool to avoid taxes and pass wealth on to heirs tax-free for 10 years is not as much of a hot trend as it is a hot topic, financial advisers say.

“Just because it’s come to light that billionaire Peter Thiel has $5 billion in his Roth IRA, this example is by far the exception rather than the norm,” Smith says. “I don’t believe in catering to the exception. The Roth is a great strategy for anyone who has the opportunity available to them in their retirement plans.”

Montgomery says he has read about “the Peter Thiels of the world. People get all [worked up] over that and I kind of get it, but he had the capacity to pay the taxes and the sense to see it through.”

Some investments go up more dramatically than others. “People play by the rules and some do better than others,” Montgomery says.

“People who put private company stock into an IRA could just as easily see the value fall to zero,” says Michael Joyce, president of Agili, a financial advisory firm in Richmond.

Legislators want to accelerate distributions from retirement accounts of more than $10 million and see even greater accelerations for accounts with $20 million or more, says Aashish Matani, a wealth management adviser and senior portfolio manager at AHM Wealth Management Group of Merrill Lynch in Norfolk.

“It’s important now to consider if an IRA to a Roth IRA conversion might be right for you,” Matani says, since rules could change again.

Grinspoon says he is concerned about the minutiae in proposed legislation, detailing what people can invest in and what they can’t.

Investors typically keep stocks, bonds and mutual funds in their IRA accounts. But accredited investors — those who earned at least $200,000 in the last two years or have $1 million or more in net worth, excluding their homes — also can put private investments into their IRAs. These may include real estate, venture capital, hedge funds and private equity.

One Congressional proposal would see IRAs with these investments lose IRA status, meaning these accounts would lose their tax benefits.

The average investor might shrug at this proposal, Grinspoon says, but “not so fast. These investment vehicles may sound like the playground of the rich, but this couldn’t be further from the truth. These are the lifeblood of fledgling companies and entrepreneurs, which creates jobs, grows the economy and lifts all ships.”

Accredited investors constitute 20% of all investors, “not the 1 percenters that Congress wants to go after,” Grinspoon says.

As of 2020, qualified investment accounts such as IRAs and 401(k)s and defined benefit plans totaled $19.29 trillion, Grinspoon says. “Imagine taking this much funding away from investing in these vital companies.”

The proposal would provide a two-year transition period to remove these investments from IRAs. However, private investments are not freely traded like stocks or bonds. “The illiquidity is one reason they provide an opportunity for great returns,” Grinspoon says.

“Just the threat of this legislation will freeze investment opportunities and fundraising right when companies need it the most,” he says. “The point of the accredited investment rule escapes me, other than to argue that if everyone can’t invest in it, then no one can.”

Anyone with earned income — up to a limit — can contribute to an IRA.

Annual contribution limits may seem small — $6,000 per person for those under age 50 or $7,000 for people 50 and older — but combined with tax breaks and compounding, a savings plan can grow significantly over time.

If you make too much money, you don’t get a deduction for a traditional IRA. Too much for 2021 is income of more than $76,000 for a single person or $125,000 for a married couple filing jointly, according to the Internal Revenue Service.

Transactions in a traditional IRA — interest, dividends and capital gains — are taxed at the participant’s tax rate at the time of withdrawal.

“That’s why the IRS is so adamant about required minimum distributions [in the year you turn 72],” Montgomery says. The federal government wants the money.

While growth, income and distributions in a Roth are tax-free, if you make more than $140,000 as an individual tax filer or $208,000 as a married couple filing jointly, you can’t contribute to a Roth at all.

That said, contributions are different from conversions and this is where it gets interesting, especially for high-net worth investors.

“There are no income limits or floors [for Roth conversions], which would indicate inclusion for everyone,” Smith says. “Calling it a tax break is a misnomer. There is no upfront tax break whatsoever.”

With a Roth, “you eliminate an unknowable — what your future tax rate will be,” Smith say.

It’s important to time conversions to reduce tax liabilities, Joyce says. “If you’re in the highest tax bracket, I wouldn’t recommend a conversion.”

Income stipulations for conversions were removed in 2010, “theoretically to encourage Roth IRA conversions to add to taxpayers’ taxable income and, therefore, to increase revenues for the U.S. treasury,” Smith says.

He notes that the government’s voluntary plan for retiring civilian federal workers under the Civil Service Retirement System allows workers to contribute 10% of their total lifetime government earnings into an after-tax plan and then roll every dollar into a Roth IRA after they retire.

“It’s a wonderful mechanism to be Rumpelstiltskin and spin straw into gold, sanctioned and blessed by the government, and available to all CSRS workers, regardless of income levels,” Smith says.

“For workers at places of employment that offer after-tax contribution plans and allow for immediate conversions to a Roth, it too is a great way to reduce unknowables into your future planning — while at the same time sleeping better at night knowing you are better insulated from future tax-rate fluctuations.” 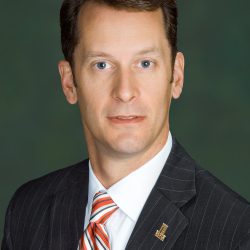