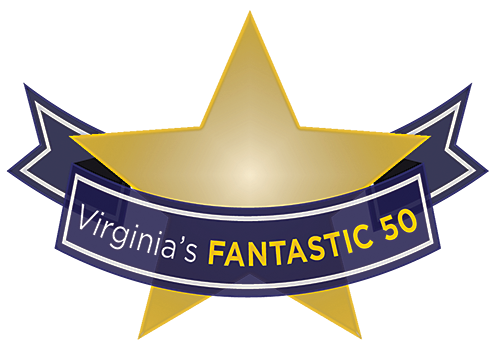 This year’s Fantastic 50 companies are showing some revenue-generating power.

The annual list of Virginia’s 50 fastest-growing companies recorded median revenue growth of 417 percent for 2013 through 2016. That number represents a substantial jump from the median growth rates seen in the past two Fantastic 50 lists, 281 percent last year and 226 percent in 2016.

An accelerating growth pace also was seen at the top of this year’s list. Ashburn-based B.E.S. Technology Inc. led the group with a 2013-16 revenue growth rate of 2,709.2 percent. That number is 861 percentage points higher than last year’s overall winner, Stafford-based Darkblade Systems, whose growth rate was 1,848 percent from 2012 to 2015.

In addition to B.E.S. Technology, four other companies are Vanguard winners on this year’s list. They posted the highest revenue growth rates in their industry groups.

Northern Virginia companies continued their dominance of the Fantastic 50, occupying 38 of the 50 spots on the list. Nine of the companies are based in Hampton Roads, and three are from Central Virginia.

The Fantastic 50 winners were recognized at a banquet hosted by the Virginia Chamber of Commerce in late April at the Westfields Marriott Washington Dulles hotel in Chantilly.

The accounting firm Dixon Hughes Goodman reviews financial records of the entries to determine the winners. Virginia Business is a sponsor of the program.