Strasburg-based First National Corp. has signed an agreement to acquire six bank branches in the Shenandoah Valley and Central Virginia from Bank of America.

First National is the parent company of First Bank. The deal is expected  to add an estimated $308 million in deposits to the bank’s balance sheet.

One of the nation’s largest banks, Bank of America is thinning its branch network nationwide. Since 2007, the Charlotte-based bank has reduced its number of branches from 6,000 to 5,000, according to Charlottesville-based SNL Financial.

In June, Asheville, N.C.-based HomeTrust Bank bought 10 Bank of America branches in Virginia and North Carolina, including six in the greater Roanoke Valley.

The branches being acquired by First Bank are located in Woodstock, Elkton, Staunton, Waynesboro, Dillwyn and Farmville.

First Bank expects the deal to be completed in the second quarter of next year after receiving approval by regulators and satisfying customary closing conditions.

The bank intends to hire all current employees of the acquired branches.

On Sept. 30, First Bank had 10 retail banking offices and $519 million in total assets.

During the second quarter of this year, the bank expanded to Staunton, opening First Mortgage, a newly
formed mortgage division.

In the third quarter, the bank opened another mortgage and loan production office in Harrisonburg.

First Bank’s financial adviser in the transaction was Sandler O'Neill Partners LP and its legal adviser was Williams Mullen. 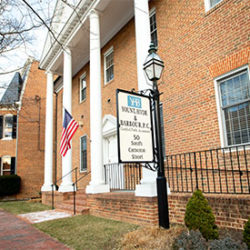