Despite a new regulatory environment, some community banks are thriving

Being a community bank these days isn’t easy. Passage of the federal Dodd-Frank Wall Street Reform and Consumer Protection Act of 2012 in response to housing and financial crises has hit smaller, local financial institutions hard.

They must comply with the same new regulations as their bigger competitors — but without the same economies of scale.

“The smaller the bank, the greater the burden, because they don’t have the depth of staff or the revenue base needed” to cope with added compliance expense, says Bruce T. Whitehurst, president of the Virginia Banking Association. “It is quite challenging.”

The vast majority of Virginia-based banks are community banks, but the commonwealth’s banking industry is not wilting under pressure. The level of bank performance across the state has remained much stronger than in many other  Southern and mid-Atlantic states, Whitehurst says, thanks in large part to Virginia’s diverse, relatively healthy economy and pro-business environment.

Many Virginia banks, in fact, are thriving. What’s the secret to their success? “There is no one single recipe” that explains why some banks are outperforming others, Whitehurst says.
A look at three community banks — in Northern, Central and Southern Virginia — reveals how they have continued to grow following different strategies.

Focused and flexible
Rebooting your business model during the nation’s worst financial crisis in decades might seem like a questionable strategy. In hindsight, however, the decision in late 2007 to combine the infrastructure of the struggling Security One Bank with expertise of former James Monroe Bank executives appears to have been a smart one.

Renamed John Marshall Bank and refocused to serve the needs of the small business market in early 2008, the $700 million Reston-based bank has enjoyed remarkable growth ever since.

In April, it ranked 26th on SNL Financial’s list of the best-performing midsize community banks (and the top spot among Virginia banks), based on a number of key performance metrics.

When the bank held its first public stock offering last fall in hopes of raising $25 million in new capital, demand from potential investors was overwhelming, drawing nearly $60 million worth of subscriptions.

“We only had enough shares to sell about $33 million worth of capital so we had to cap the offering at that,” says Bill Ridenour, president, chief administrative officer and chief credit officer at John Marshall Bank. “We were pleasantly surprised because it leaves us in a position now where we should have enough capital to continue to grow for the next several years.”

Ridenour says John Marshall has grown rapidly because of a number of factors, including its Northern Virginia location and focus on the small-business market, where “the relationship between our officers and the business owners is really a very important factor.”

The bank is divided into distinct regions, each run by a senior officer with autonomy over business development, loan decisions, deposit and loan growth goals and other activities. The headquarters office focuses on the bank’s back-office operations and larger strategic vision.

“That helps us to be more flexible and able to respond quicker to requests and customer needs,” Ridenour explains. “For example, we do have a process for underwriting and approving loans, but if we have a situation that is very time-sensitive, we can turn around a loan decision in 24 hours.”

In expanding to new regions, the bank looks first for a “rainmaker,” a highly experienced banker with a large network of existing relationships in a specific area. “At that point, we will move into the market, but we will only open a loan production office in leased space, rather than invest in building a full-service branch,” Ridenour says. “Once we’ve generated enough relationships and gotten enough assets in that region, then we’ll make the investment in bricks and mortar.”

For example, John Marshall established its Alexandria operation two years ago but didn’t open a full-service branch until last November. “Every branch that we’ve ever opened has been profitable the day that it opened,” Ridenour says.
‘Slow and steady’

American National Bank & Trust Co., a 106-year-old Danville-based community bank, recently was ranked by American Banker magazine as one of the 200 most profitable community banks in the country. Its growth has been “more slow and steady than fast and furious,” Jeffrey V. Haley, who is president and CEO of the bank and its holding company, American National Bankshares Inc.

The $1.3 billion publicly traded bank has long maintained higher than required capital levels, though that strategy results in lower return-on-equity ratios, and it boasts diversified lines of business. It offers commercial and retail banking products but also manages $625 million in assets in its trust and investment services division.

“Our culture has long been one of consistency and diversification,” Haley says, noting that until 20 years ago American National did business exclusively in Danville. “We don’t go jumping at hot trends.”

The bank, however, moves expeditiously when necessary. American National has invested heavily in online technologies and has expanded steadily during the past two decades into contiguous markets, including Martinsville/Henry County, Lynchburg and South Boston.

In mid-2011, American National merged with Mid-Carolina Bank, a move that allowed it to expand into North Carolina and increase its assets by 33 percent.

“In this business, if you’re not getting bigger, you’re dying,” Haley says, noting that the bank will continue to look for similar deals: combining with banks that have similar corporate cultures, are located in contiguous markets in Virginia or

North Carolina and are in need of a larger partner that can provide capital, technology and other economies of scale to grow their market share.

Haley notes that some of American National’s growth can be chalked up to good fortune. “Expense control is key” to attaining strong profitability in today’s challenging market, he says. Because the bank is based in Danville, which remains economically challenged, “our real estate and other costs have been and continue to be lower than what banks in other areas contend with. That helps us a lot.”

Growing for good reason
Larry Dillon, president and CEO of Citizens and Farmers Bank and its holding company, C&F Financial Corp., doesn’t like to brag too much, a sentiment in keeping with the conservative culture of the $1.3 billion community bank, which was started in 1927.

C&F’s recent performance, however, makes it hard to avoid the spotlight. It was ranked in the top 15th percentile of all community banks for its performance balancing risk and reward by Siefried & Brew, a community bank risk management firm. During the past decade, C&F has leveraged its diversified strategy to largely avoid fallout from the financial crisis, maintain strong profitability and grow organically and through acquisition.

In addition to the bank, C&F Financial has a mortgage business with 16 offices serving five states and a financing subsidiary specializing in subprime loans for used autos.

“In any one year, one of those businesses may do a little better than the others, so we’ve always got primary sources of income,” says Dillon. That was critical during the Great Recession. “The mortgage and finance companies were thriving in that economic environment when the bank wasn’t necessarily doing as well.”

The West Point-based bank has excelled in recent years because of a number of factors. C&F has invested heavily in online and back-end technologies and a new operations facility to better manage overhead costs. Bank leaders also put a strong focus on employee training.

“We spend a lot of energy and dollars educating our people on the banking business and customer service, and though a lot of banks have gotten away from that, we think it’s incredibly valuable to our business,” Dillon says. “If you don’t have the customer’s trust, you don’t have anything, and so we teach and preach a lot about trust and all the things an employee can do to break that trust.”

To adjust to the new regulatory environment, C&F has been looking for growth opportunities. In March, the bank completed its acquisition of Central Virginia Bank, a Powhatan community bank.

“They’d had some bad results and some bad press but their deposits had stayed flat, and for their customers to stay with them, we figured they must have a pretty darned good staff and some excellent customer loyalty, so we took a look at them,” says CFO Tom Cherry.

The move increased the number of C&F branches from 18 to 25 while adding economies of scale and providing an opportunity for the bank to sell its products to former CVB customers.

C&F continues to look at other opportunities, but any move will remain in keeping with C&F’s tenets. “It’s nice to have new customers, but we’re not interested in growth for growth’s sake,” says Dillon. “Whatever we do has to add to the bottom line for our shareholders. If it’s not profitable, there’s no sense in doing it.” 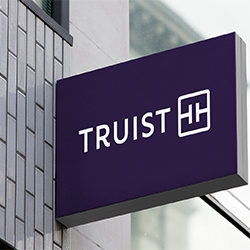