Moret expects that VEDP’s board will appoint Executive Vice President Jason El Koubi to serve as interim CEO and a nationwide search will be conducted for a permanent successor.

“In my opinion, the VEDP CEO job will be the most attractive economic development opening in America for a variety of reasons, including the advantages and stability of VEDP’s unique authority structure and the attractiveness of Virginia as a premier state for quality of life and for business. It is a really special opportunity for the right person,” Moret said.

Moret said his top priority as he moves toward the exit is to ensure a smooth transition and provide any support requested from the incoming  administration of Virginia Gov.-elect Glenn Youngkin.

In 2019, Moret was named Virginia Business’ Business Person of the Year, based mainly on his shepherding of VEDP, which was struggling and dysfunctional when Moret arrived in 2017, and his work in attracting Amazon.com Inc.’s $2.5 billion-plus HQ2 East Coast headquarters to Arlington County, a project expected to create 25,000 jobs in the largest economic development deal in state history.

Instead of relying solely on economic incentives to lure the e-tail giant, Moret focused on workforce education, securing more than $1 billion in state funding for the Tech Talent Investment Program to strengthen high-tech education across Virginia, as well as starting the Virginia Tech Innovation Campus in Alexandria. Moret also led the launch of the Virginia Talent Accelerator Program, the state’s custom recruitment and workforce training initiative.

“Virginia is second to none in economic development, thanks to Stephen’s leadership,” Gov. Ralph Northam said in a statement Wednesday. “We have attracted more than $77 billion in capital investment and 100,000 new jobs in just the past four years alone. Virginia has delivered something unique in the country — becoming one of the best states for workers and earning [CNBC’s] Top State for Business title more times than anyone else. Stephen has been at the center of all this work, and Virginia is a better place for it. It’s no surprise that others are eager for his talents, and we wish him all the best in Indianapolis.”

Dan Pleasant, chairman of VEDP’s board of directors, was part of the search committee when Moret was hired, and recalled Moret being the right fit.

Moret leads by example, Pleasant added, and is very creative when it comes to doing deals. The Amazon HQ2 deal is just one example of his creativity, Pleasant said, noting how Moret positioned Virginia apart from the competition.

Strada Education Network was founded in 1960 as United Student Aid Funds or USA Funds and was formerly the nation’s largest guarantor of loans made by the Federal Family Education Loan Program. In 2017, the organization was renamed Strada, and it has become a nonprofit social impact organization, a public charity, focused on “increasing individuals’ economic mobility through purposeful connections between education and employment.”

“Our approach combines innovative research, thought leadership, strategic philanthropy and investments, and support for Strada Collaborative, a nonprofit that provides critical resources, educational support, and career experiences leading to equitable education and employment pathways,” a spokeswoman for Strada wrote in an email.

Moving into this line of work aligns with Moret’s personal values, he said in emailed comments to Virginia Business on Wednesday.

“For decades, I have had a deep personal, professional and intellectual interest in the connections between postsecondary education and employment,” Moret said. “I have witnessed the transformational impact of higher ed in my life and in the lives of many others. Through my professional work in multiple settings, I also have seen the impact higher ed can have on the economic competitiveness and growth of regions, states and our country as a whole. Indeed, my interest in the linkages between higher ed and economic opportunity has been so great that I completed my doctoral dissertation at Penn on that very topic several years ago.”

Moret described growing up with feelings of “economic insecurity” that lingered with him as he grew up. He saw higher education as “a pathway to economic security and mobility.”

“I can still vividly recall weighing my college options and potential major when I was 18, balancing my interests and aspirations against fears of student loan debt that I might later have trouble repaying,” he said.

Moret earned a bachelor’s degree in mechanical engineering from Louisiana State University and an MBA from Harvard Business School. He also holds a doctorate degree in higher education management from the University of Pennsylvania.

Moret said when he visited with Strada’s search committee and ultimately its full board, he shared that he believes “Strada is better positioned than any other single organization to help revitalize and broaden participation in the American Dream.

“While there are bigger organizations than Strada, I’m not aware of any nonprofit of Strada’s scale [or larger] that has Strada’s focused mission paired with such a distinctive, multidimensional approach to accomplishing it,” Moret said.

Moret said he was not seeking for another position and that he has loved his work at VEDP and felt embraced by the business and political leadership of the commonwealth. He also said he had cultivated good relationships with both 2021 gubernatorial candidates.

“Strada was [and is] simply an opportunity of singular interest to me, and it offers an opportunity to make an impact at a national level,” he said. “The timing was simply coincidental, as the Strada CEO position happened to open up this year. I have been inspired by Strada’s mission for many years.”

Observers often give Moret credit for Virginia’s two-time streak as CNBC’s No. 1 state for business, a title regained in 2019 after the state sank to No. 13 in 2016. But he’s humble about his success.

“While I’m proud of many of the specific things we accomplished, such as winning [Amazon] HQ2 or creating a top-ranked custom workforce initiative [the Virginia Talent Accelerator Program], I hope that my legacy will be that we built a great team, dramatically improved collaboration and communication with partners, and shared a clear and compelling vision for how Virginia can become one of the leading states in America in terms of economic development, economic competitiveness, and growth,” he said.

“While we accomplished much of that vision, there is still much to do. I recently laid out some of the biggest remaining economic development opportunities in separate briefings with former Gov. McAuliffe and now Gov.-elect Youngkin prior to the election.”

Business leaders from around the commonwealth sang Moret’s praises about his work over the past five years.

Dan Clemente, the chairman and CEO of Vienna-based Clemente Development Co. Inc. and member of the VEDP’s board of governors, said that the best thing he did during his time as chairman of the board was signing the contract with Moret: “There’s only one Stephen Moret.”

“He pulled everything together. We were struggling when we hired him,” Clemente said, referring to the Joint Legislative Audit and Review Commission’s review of VEDP at the time. “He came in knowing that all of this was under examination, and he came in and took over.”

Jennifer Wakefield, president and CEO of the Greater Richmond Partnership, said she has the utmost respect for Moret and the team he assembled.

“He predated me, so I don’t know the before times, but I know the Moret times, and they have been wonderful,” Wakefield said. “He’s really helped to elevate Virginia to the best state for business through his very thoughtful, strategic approach. … It’s definitely a loss for Virginia, but I think that with the plan and the team that he’s assembled in place, we’re stronger for him having served the commonwealth.”

Reinhart served on VEDP’s board, and Moret served on the Port’s board as both organizations recovered from financial challenges that occurred before the leaders’ tenures.

“He understood the supply chain and what it took to make things happen,” said Reinhart, who retired earlier this year. “As we were trying to go after economic development projects … he got it. He understood it and could voice that.”

Two projects that stand out to Reinhart as legacies Moret will leave behind are his work on workforce development and Dominion Energy’s offshore wind farm project to erect bring 180 wind turbines 27 miles off Virginia Beach’s coast. These projects will have impacts for decades to come, Reinhart said.

“He was a very transformative leader and set an example for all those he worked with,” Reinhart said.

Pleasant, with the VEDP, said one of the things Moret did that was changing the VEDP’s relationship with rural areas, such as Danville, where lives. “He’s a big advocate of bringing opportunity to rural Virginia,” Pleasant said. When Ikea announced it was leaving the area, Pleasant recalls Moret assuring him that someone would move in within six months.

“I don’t know that I have ever met anyone that had a stronger work ethic,” Pleasant said.

Before he came to Virginia, Moret was president and CEO of the Louisiana State University Foundation, where he put together a plan for a $1.5 billion LSU fundraising campaign, the largest in state history.

In 2008, Moret became Louisiana’s secretary of economic development under Republican Louisiana Gov. Bobby Jindal. After taking a trip to Georgia to learn about its training program, he implemented Louisiana’s FastStart program, an economic development initiative to quickly train workers in skills needed by specific businesses or sectors at no cost. In 2010, Business Facilities named FastStart the country’s best state workforce program, bumping Georgia from the top spot. Moret later replicated the initiative here as the Virginia Talent Accelerator Program, one of his signature accomplishments.

Prior to becoming a Louisiana cabinet member, Moret served as chief executive of the Baton Rouge Area Chamber. Before joining the chamber, Moret was a consultant with global management consulting firm McKinsey & Co. in Arlington. He also has served as a public policy fellow with the Public Affairs Research Council of Louisiana and a consultant to Harvard Business School.

Moret expects to relocate to Indianapolis, where Strada is based, in January, when he starts his new job, but will split his time between Henrico and Indiana until the summer, when the rest of his family will move, he said.

An earlier version of this story contained incorrect information about Strada Education Network. 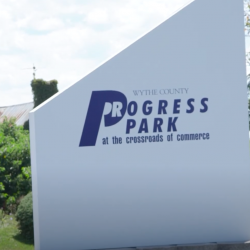