A tanking economy. Rampant inflation. Whiplash in the stock market. What’s an investor to do?

Look for opportunities to rebalance portfolios but, in general, hang tight, wealth management professionals say. Or, as one adviser says, buckle up for a roller coaster ride.

The economy is likely to worsen, experts say, and despite dickering among economists over whether the U.S. entered a recession this summer, investors can expect recession conditions to linger in 2023.

“Market declines do not destroy wealth; how we behave when markets decline is what destroys wealth,” Cassaday says. “Selling when we are uncomfortable and buying when we are comfortable is the opposite of what history shows we should do.”

Jeffrey S. Grinspoon, managing director and partner of VWG Wealth Management in Vienna, advises clients to essentially put their money into two “buckets”: One for funds needed within the next three to five years, the other for investments beyond five years.

“The purpose for this approach is to have less volatile and more liquid investments available when you need it, with diminished risk to the principal,” Grinspoon says.

“We don’t pay a lot of attention to the macro environment — geopolitical events, inflation, pandemics,” Grinspoon says, adding that five years is long enough to go through an economic cycle, including the downspin we’re in now.

Also, forget the old advice about putting 60% of investments in equities and 40% in bonds. “That was created many years ago when interest rates were going down,” Grinspoon explains.

The Federal Reserve has aggressively hiked interest rates this year in an effort to tame inflation — now at a 40-year high — and slow consumer spending in an attempt to bring supply in line with demand. In November, the Fed raised interest rates by 75 basis points to a range of 3.75% to 4%, the fourth such hike this year. Economists expect that rates could reach 5% by March 2023.

Grinspoon says the economy likely will worsen, but that doesn’t mean the stock market will crash. He hopes instead for market stagnation until the economy cycles out of its current downturn.

“It could be two or three years before the Fed embarks on an interest-lowering campaign,” he cautions.

Economic uncertainty is always present, Cassaday says, adding that big events that cause market declines are inevitable and can never be predicted. “Investors need to prepare themselves emotionally for scary markets. More money is lost attempting to avoid market declines than has been lost in any market decline.”

He points out that the S&P 500 has seen 10 declines of greater than 20% since 1957. Those who remained invested through those downturns saw average returns of 39% after three years, or 11.33% on an annualized basis.

“Our guidance is to remain fully invested and broadly diversified across asset classes based on investors’ risk tolerance and return requirements,” Cassaday says. “Volatility is often an opportunity to rebalance a portfolio, taking advantage of distortions and mispriced investments. Rebalancing is therapeutic for a portfolio, as it results in buying low and selling high.”

All portfolios should have target allocations tied to historically produced risk and return outcomes, Cassaday says. “With the market being so volatile and suffering an historic decline, certain sectors in the portfolio can be significantly above or below their targets.”

Eileen O’Connor, CEO and co-founder of Hemington Wealth Management in Falls Church, says recessions are as erratic as they are necessary.

“The thing about recessions is that we only for sure know that we were in one and for how long after the fact — hence the current debate about whether we are in [a recession] or not,” O’Connor says.

Traditionally, according to the National Bureau of Economic Research, the U.S. economy enters recession after two consecutive quarters of negative gross domestic product growth, which happened this summer. However, there has also been a strong labor market, low unemployment and corporate earnings growth during the same period, and there’s no historic precedent for that. Therefore, experts have disagreed over whether the economy has truly been in a recession this year.

“That said, recessions are a healthy part of the economic cycle and, because we cannot reliably predict when they will occur or end, we do not tailor our investments to accommodate them,” O’Connor says.

She defines recessions as contractions in the economy that adjust to shocks such as the pandemic. They are healthy because they set the stage for expansionary periods, O’Connor says, noting that the U.S. has been through 13 recessions since 1945.

“I don’t make predictions about how hard or soft this one may be, because it’s impossible to predict and the stock market is not correlated to recessions or expansions,” O’Connor says. “Said another way, stocks can move up in recessions and down in expansions.”

She notes that 68% of economic growth is based on consumer spending, but the stock market is based on a lot more, including corporate earnings, profitability and profit expectations.

“Typically, capital markets recover in advance of a recession ending, so we remain disciplined through all market cycles and control what we can control — our allocation to stocks versus bonds, taxes and fees,” O’Connor says.

While impossible to predict, this recession most likely will continue into the second quarter of 2023, since recessions historically last an average 10 months, she says.

Cassaday says no one has ever consistently predicted the onset, duration or magnitude of an economic event. “This includes stock market declines and advances, interest rate changes, inflation and recessions.” Attempting to make such a prediction “is a waste of time,” Cassaday adds.

By raising interest rates, the Fed is trying to slow the economy to avoid bubbles and reduce inflation. “We believe this is prudent and necessary,’ Cassaday says.

Investors should ignore heated debates about the level of slowing and stick with their long-term plans, wealth managers advise.

“Markets are already reflecting a pretty dismal situation and we believe that a recession is likely already baked into stock prices,” Cassaday says. “Historically, markets bottom and begin to advance before recessions are officially announced. … Although risks exist, our view is that we are closer to a bottom than a top.”

Joseph W. Montgomery, managing director of investments for The Optimal Service Group of Wells Fargo Advisors in Williamsburg, says the U.S. economy’s dip into contraction probably began around midyear and steepened as the year progressed.

“We expect the recession to end in mid-2023,” Montgomery says. “Near-term capital market volatility should continue, while investors grapple with the crosscurrents of [government] policy and economic outlook.”

Most investments are designed to be long term, while making sure any given portfolio has the appropriate amount of liquidity, Montgomery says. “Our single and consistent message has been to play defense in portfolios, which … means making ‘patience’ and ‘quality’ the daily watchwords.”

A dividend-paying stock, for example, could be a reflection of a patient investment, Montgomery says. Quality equates to buying stock in companies whose products have endured and will continue to do so.

For investors, according to the August edition of Investment Strategy Monthly Insights, “defensive sectors like health care, utilities and consumer staples might be the least vulnerable to upcoming rate shocks and economic slowdown.” Meanwhile, the publication pointed out, cyclical sectors such as material and industrials, particularly European industrials, could be more vulnerable to rising energy prices.

“Patience is more than a virtue; it’s a discipline,” Montgomery says. “Patience is revealed over a long period of time if you are adequately diversified. … Achieving wealth over time demands patience. Those who bail out fail.”

That said, it’s important to reassess data to make sure original precepts for making investments are correct, he says. “You can’t just buy it and forget it. … Data is important, but correct data is imperative. You have to be willing to adjust, allocate and diversify.”

Exposure to a broad mix over time provides the best opportunity to control risk, Montgomery says.

However, he points out, those who heavily invested this year in riskier propositions such as bitcoin or internet trading platform Robinhood Markets Inc. saw their investments tumble considerably in value: “Wow, talk about a wild ride!” 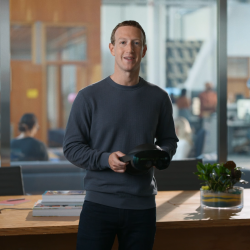 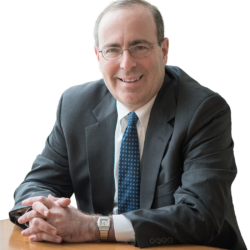