State on track for record $1.6 billion in reserves 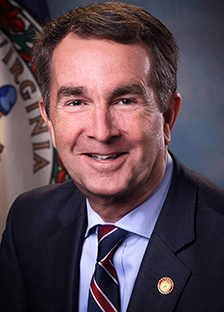 The state is on track to have a record $1.6 billion in reserves in 2021, Gov. Ralph Northam said Tuesday. He also stated that his administration has brought in more than $20 billion in investments just a year and a half into his term, surpassing previous governors’ full terms.

“This is a record,” he said Tuesday in prepared remarks delivered before a joint meeting of the Senate Finance, House Appropriations and House Finance committees. “The $20 billion of investment is more than any previous administration has announced in a full four-year term, and we have achieved this significant milestone in less than half that time.”

The state was in good financial shape at the close of fiscal year 2019, with a surplus of $797 million, much of which is going toward taxpayer relief and water quality after depositing $344.4 million in surplus, the governor said.

The 378 new economic development projects secured during his term — notably skewed by Amazon’s $5 billion East Coast HQ2 headquarters under construction in Arlington — will create more than 51,000 new jobs across Virginia, including more than 8,700 in distressed communities, Northam added.

“We worked together to attract new business to the state — notably Amazon, which is ahead of schedule in hiring, and has submitted its development plans for its National Landing campus,” he said.

One goal of his administration, Northam added, is to put 8% of the state’s revenues into reserves, “and we’re on the path to do so.”

Employers continue to add jobs, he added, and the state’s unemployment rate is at 2.9%, but job growth has slowed because Virginia is close to full employment.

Northam noted that the state has maintained its triple-A bond rating, approved transportation funding for Interstate 81 and other projects, gave teachers their largest single-year pay raise in 15 years and enrolled more than 306,000 Virginians in Medicaid expansion over the last year.