After more than 50 years, Virginia’s employment application is getting a facelift. The move is part of a state initiative going into effect in July that aims to streamline the application process and promote fairness and equity in hiring and employee compensation.

“It’s refreshing to see such a progressive, forward-thinking action on behalf of the commonwealth that’s going to help it be competitive in an increasingly competitive war for talent,” says Michael G. Latsko, president of HR Virginia, the state council for the national Society for Human Resource Management. (Latsko also works for the University of Virginia’s human resources department, but said he was not speaking on behalf of the university or the state.)

As of July 1, Virginia will eliminate fields in the new employment application that could result in unconscious bias among hiring officials, according to a news release issued Thursday by Gov. Ralph Northam’s office.

“Since the beginning of my administration, we have worked every day to break down barriers to opportunity and make this commonwealth a more inclusive and equitable place,” Northam said in the release. “This initiative adopts industry-wide best practices in compensation and employment, which will help attract and retain top talent in our state workforce and bring greater equity and overdue improvements to our state policies.”

When considering salaries, the commonwealth will weigh an applicant’s experience, competencies and credentials. The state also will take steps to ensure that the salaries of employees with comparable experience performing comparable work are fairly aligned.

“When compared with our competitors, Virginia’s current time-consuming and overly complex application has become a deterrent to those applying for state jobs,” said Secretary of Administration Keyanna Conner. “While Virginia changed the Compensation Policy almost 20 years ago to provide a more flexible system, current or prior salary continues to be used as a base for percentage increases in pay when employees are hired or make career moves within state government.” 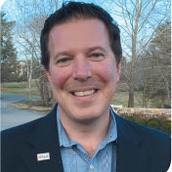 The new application will also forgo personal questions such as an applicant’s age, salary history and the names of schools they attended.

This is more in keeping with hiring practices in the private sector, Latsko says. It’s more common in the business world to request basic information in a job application and request additional details, such as where someone went to school, as an applicant advances in the interview process.

“It’s pretty meaningful,” Latsko says of the new initiative. “They are lifting many of the restrictions imposed by … civil service.”

For the first time, people applying for state jobs also will be able to submit applications via smartphones and tablets. Additionally, the governor’s release stated that the commonwealth will allow applicants to choose a preferred pronoun on employment applications, highlighting the state’s diversity and inclusion efforts.