The nation’s largest pork processor and hog producer donated $250,000 each to the Global Red Cross Network, Mercy Chefs, Save the Children and World Central Kitchen.

“Like the rest of the world, we are humbled and moved by the resilience of the Ukrainian people,” Smithfield President and CEO Shane Smith said in a statement. “Over the last few weeks, our team members in Central Europe have mobilized to provide desperately needed resources and other aid to the citizens of Ukraine on the ground. We are deeply proud of the decisive action our Smithfield family has taken near the border and are committed to supporting and amplifying their good work.”

Smithfield Europe has more than 1,600 Ukrainian employees who work across the company’s operations near the Ukrainian border in Hungary, Poland, Romania, Slovakia and the U.K., a spokesperson said.

“Many of our Ukrainian employees have enlisted to fight to defend their country and we’re working to support those team members’ families with relocation and employment across Smithfield Europe’s operations,” a spokesperson said in an email.

In addition to the United States, Smithfield has operations in seven countries, including Hungry, Poland, Romania, Slovakia, the United Kingdom and Mexico. Its divisions overseas have “provided dedicated support for Ukrainian team members and refugees in the region by securing transport, accommodations, employment and other types of care” according to a news release from Smithfield. Additionally, Smithfield Europe has given donations to food banks and temporary shelters across the region. Combined, these ongoing aid efforts will amount to approximately $1 million in in-kind contributions, according to the company.

Smaller businesses across the commonwealth are helping as well. A woman in Arlington partnered with a local businesswoman to teach others to make borscht, a traditional beet soup, through online classes and raised nearly $200,000 for World Central Kitchen, according to CBS News. A brewery owner in Chesapeake from Ukraine is raising money through her business, too, according to The Virginian-Pilot.

Earlier this month, several Virginia companies announced plans to pull their business from Russia following its invasion of Ukraine. 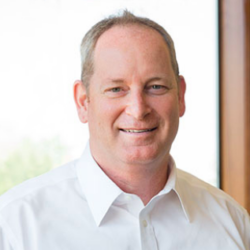