Smithfield Foods Inc., the world’s largest pork processor and hog producer, announced Monday that President and CEO Kenneth M. Sullivan will retire in early 2021 after nearly 20 years with the company.

Chief Operating Officer Dennis Organ will succeed Sullivan as president and CEO following his retirement. Organ joined the company in 2010 and for the past two years has overseen the day-to-day operations of more than 40,000 employees across 32 states, according to a company statement.

“It has been a great honor and privilege to lead Smithfield for the past five years,” Sullivan said in a statement. “As a leading global food and agriculture company, we have an incredibly important role to play in society. It is an obligation we have proudly embraced over our more than 80-year history. We have persevered through an extraordinary time in 2020. Together, we have met unprecedented challenges head-on.”

His retirement announcement comes amid scrutiny of the company’s efforts to protect processing plant workers during the pandemic. In mid-September, the company announced it intended to contest a citation from the U.S. Labor Department stating that Smithfield failed to protect workers during an April outbreak at its Sioux Falls, South Dakota, plant, where approximately 1,300 workers contracted COVID-19 and four employees died.

The Labor Department’s Occupational Safety and Health Administration (OSHA) proposed fining Smithfield the maximum amount under the law, $13,494, for “failing to provide a workplace free from recognized hazards that can cause death or serious harm.” Smithfield Foods temporarily closed the South Dakota plant in April after cases surged among employees, which the company says was due to a spike in local cases. According to a company statement, however, Smithfield has spent more than $600 million in COVID-19-related costs this year.

During his five years at the helm, Sullivan led “One Smithfield,” an initiative to unify the company’s operations, brands and more than 55,000 employees under one corporate umbrella, and saw the highest profit periods in the company’s 88-year history. His tenure also brought a joint venture between Smithfield and Dominion Energy Inc., Align Renewable Natural Gas (RNG), to use methane emissions on clusters of Smithfield-owned and-contracted hog farms and convert the emissions into clean energy.

“I have spent that time working with a spectacularly talented, dedicated and committed team,” Sullivan said in a statement. “The strength, resolve and guts I have witnessed in our Smithfield Family during those twenty years, and particularly this year, will stay with me forever, as will the losses we have endured. Your heroism kept this country fed. Never forget that.”

Smithfield Foods in 2013 was bought by China-based WH Group for $7.1 billion.

“Ken has provided outstanding leadership to Smithfield over the last five years. We are extremely grateful for his many contributions to WH Group throughout his tenure and wish him well in his retirement,” Wan Long, WH Group executive director, chairman and CEO, said in a statement. “Looking forward, Dennis’ experience as chief operating officer will prove invaluable as he leads Smithfield forward. We believe he is the ideal person to continue to optimize Smithfield’s unique assets for the benefit of all our stakeholders. We believe Smithfield’s best days are yet to come.” 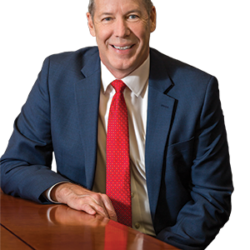 Gary Philbin to stay on board through Sept. 23, Michael A. Witynski promoted