Andy Bruns, a former regional newspaper publisher for Lee Enterprises, has been tapped as executive director of the Smith Mountain Lake Regional Chamber of Commerce, the chamber announced June 4.

Bruns replaces Christopher Finley, who resigned in March to become director of marketing and public relations for LewisGale Regional Health System. Cheryl Ward has been serving as interim executive director.

A Southern Illinois University journalism graduate, Bruns had been regional publisher for Lee Enterprises since April 2020. He oversaw The Roanoke Times and Lynchburg News & Advance, among other publications. Before that, he held roles with Gannett and GateHouse Media.

“He has extensive leadership experience having spearheaded marketing and media organizations across the country for decades,” Zach Wimmer, president of the chamber’s board, said in a statement.

Bruns has served on multiple nonprofit and chamber of commerce boards. He and his family have vacationed at Smith Mountain Lake since 2016, and moved there full time in April 2020. 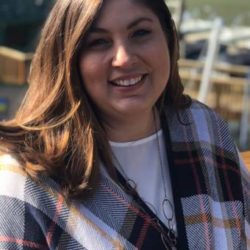