At 100, Gentry Locke sticks to its ideals

The firm hung out its shingle in 1923 and spent its first 40 years as a regional specialist representing insurance companies before adding corporate and business work in the 1970s and ’80s.

During the past eight years, however, Gentry Locke has added regional offices in Lynchburg and Richmond and opened Gentry Locke Consulting, a Richmond-based subsidiary specializing in lobbying and governmental affairs. The firm has expanded its practice areas to include expertise in emerging fields such as cannabis and renewable energy.

In all, the firm has grown to more than 80 attorneys. That makes Gentry Locke the eighth largest law firm in Virginia — yet still far smaller than behemoths like McGuireWoods, which has more than 1,110 lawyers, or Hunton Andrews Kurth, with its 900 attorneys.

Gentry Locke took on Thomas’ whistle-
blower case in 2015, filing a research fraud lawsuit against Duke on behalf of U.S. taxpayers in federal court. The firm took the case knowing the only way it would get paid for its services was by winning.

“It was an enormous effort, and, in many instances, put some pressure on the firm in terms of the resources we had,” Monday says. Over six years, the case involved more than 300 motions, orders and other legal filings. “There were times when it was scary, definitely,” Monday adds with a chuckle. “But we felt we were strong enough and smart enough.”

The case “should scare all [academic] institutions around the country,” attorney Joel Androphy of Houston-based Berg & Androphy told the journal Science at the time.

In 2019, Duke settled the lawsuit, agreeing to repay $112.5 million to the U.S. government; the whistleblower received $33.75 million of the settlement funds for fighting the case on the government’s behalf. The case, Monday points out, was the largest university research fraud case in U.S. history. “That was a real watershed moment for us,” Monday says.

Other notable Gentry Locke cases include settling a widely publicized defamation case against Rolling Stone magazine for a shocking — and quickly discredited — story involving rape accusations at a University of Virginia fraternity house.

More recently, Gentry Locke found itself on the losing side of a large case. Gentry Locke was one of the law firms representing Pegasystems Inc., a tech company that was accused of stealing trade secrets in a lawsuit filed in Fairfax County Circuit Court by McLean-based rival Appian Corp. A jury ordered Pegasystems to pay Appian more than $2 billion in damages, by some accounts the largest such award in Virginia court history.

Gentry Locke and Pegasystems say they will appeal. “We think the verdict and judgment are bad for business in Virginia and a misinterpretation of Virginia law, and we look forward to presenting what we believe to be strong grounds for appeal,” the law firm and tech company said in a joint statement.

Gentry Locke’s recent growth spurt has occurred under Monday’s leadership. The William & Mary Law School grad is an unusual choice of managing partner, at least by the standards of venerable law firms. For one thing, she’s an appellate lawyer, not a trial attorney or corporate counsel. For another, her career path diverged from the stereotypical. After she got married, moved to Martinsville and had a child, the firm agreed to let her work part time so she could commute from Martinsville, more than an hour’s drive away from Roanoke. In 2013, she returned to full-time work and was named managing partner — very possibly becoming the first female managing partner of a Virginia law firm that large.

Monday says her experience is a good example of Gentry Locke’s supportive, innovative culture. “The firm took a chance on me,” she says. “So, when the opportunity arose to become managing partner, in a way it was a way for me to give back, for the grace and room that I had been given.”

In 2015, Gentry Locke opened its Lynchburg office, the firm’s first notable expansion outside Roanoke since its founding.

Habeeb recalls meeting with John G. “Chip” Dicks, another former delegate and longtime lobbyist and attorney with a strong practice in renewable energy and real estate law. Building on Gentry Locke’s existing client base in Richmond as well as its many Roanoke clients who needed representation in the state’s capital, Habeeb and Dicks decided to join forces, with Dicks joining the new Richmond office in 2018. “I said, ‘I think we can enter the market not just as a presence but as a leader,’” recalls Habeeb.

With lower overhead than larger Richmond firms and access to the resources of the Roanoke office, Gentry Locke has found the state capital to be a good market for its services.

The Richmond practice has expanded to 20 attorneys, including former Virginia Secretary of Veterans and Defense Affairs Carlos Hopkins and John Scheib, former chief legal officer for Norfolk Southern Corp. It also opened a subsidiary, Gentry Locke Consulting, to focus on lobbying and strategic communications — partly, Habeeb says, so the firm can stay on the cutting edge of regulations and legal trends.

Despite the accelerated pace, Habeeb and Monday agree that expansion itself is not the firm’s goal. “We are very, very, very much opposed to growth for growth’s sake,” Habeeb says. “It’s not a numbers game for us.”

Serving as a stark reminder of too much growth, Gentry Locke’s Richmond office is in the same building that once housed LeClairRyan, the fast-moving, aggressively expansive law firm that added offices across the world at a startling clip before it collapsed abruptly into bankruptcy in 2019, followed by waves of lawsuits.

Habeeb says he sees LeClairRyan’s ignominious end as a cautionary tale of doing too much too fast. “The lesson from LeClairRyan is not that growth is bad; it’s about managing your growth, knowing your overhead, investing in your people, knowing who you are and working to be a better version of yourself.”

He’s also opposed to growing by merging with other firms for the same reason. “We have had firms in every single city in Virginia approach us for mergers, and we have never done that,” he says, in large part because different firms’ cultures and values can have trouble meshing.

Monday agrees. LeClairRyan’s failure, she notes, is “a reminder that you have to make really smart decisions and you have to be careful with your growth. That’s what we’re thinking all the time. It has to be smart growth. … We’re very, very cautious.”

Gentry Locke places great emphasis on its culture and on career development. By focusing on building a supportive culture, Gentry Locke aims to retain the younger attorneys it sees as key to the firm’s future success. “The culture is valuing the relationships that we have with each other and also valuing the relationships with our clients,” Monday says. “Many times, that means your very best friends are the people you work with. We really enjoy being together.”

A few years back, the firm’s leaders established a development program dubbed Gentry Locke University — or GLU (pronounced “glue”) — to provide leadership training, particularly for young and mid-career attorneys. Unlike some firms, where attorneys compete in-house and “eat what they kill,” at Gentry Locke all partners are formal shareholders in the firm so when any part of the firm flourishes, they all do.

“We see that young lawyers want opportunity, they want training and they want to see that there is a pathway to success,” Monday says. “That’s where we’ve been successful. We value our relationships, and we invest in our people.” 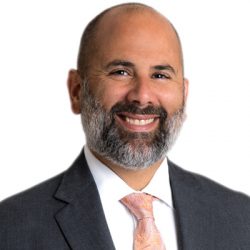 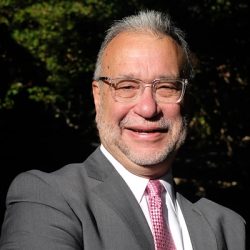