“Are you ready to taxi? ” inquires the air traffic controller at Richmond International Airport. Within minutes, CoStar Group’s Cessna Grand Caravan is on its way to runway two.

With that, pilots Mark Beauchamp and Ben Hursa, along with aerial research photographer Amber Surrency, take to the skies for another day of intelligence gathering. 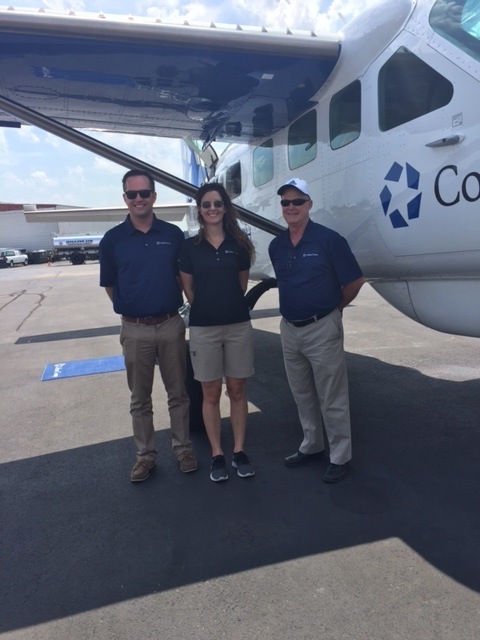 Costar Group Inc., a commercial real estate research firm based in Washington, D.C., that's putting a research operations headquarters in Richmond, has added a new weapon to its high-tech arsenal of information collection. The company bought a plane and mounted a Red Epic Dragon camera on its underside to capture cinema-quality photos and video of buildings.

The result is quicker updates to its massive database of properties.  CoStar’s proprietary database is the key to its competitive niche, because brokers and other customers pay subscription fees to access the company’s information. According to the company, about 25 million people visit CoStar’s family of websites in an average month to lease, buy or analyze a wide range of office, industrial, retail or farm properties. The data include everything from photo and video to a building’s address, owner and square footage.

Virginia Business took advantage of opportunity to go up with the aerial research fleet Monday as it shot video of downtown Richmond, the Short Pump corridor and the area around the Richmond Raceway in eastern Henrico County.

The Cessna flies at an altitude of 2,500 feet and a speed of about 138 miles per hour.  At this elevation and speed, it’s easy to see the landscape from a window aboard the seven-seat, turbo-prop plane. In fact, buildings look tidy from the sky, as if they have been laid out in neat squares.  As the plane swoops over downtown, the white water rapids of the James River are easily visibly as are the heating and air conditioning systems on the tops of the business district’s skyscrapers.

During the trip, Surrency’s job is to upload the high-resolution video to a computer and send the images to the firm’s researchers, who in turn update the photos and video in CoStar’s database.

“We fly over large swaths of land, and we cover an entire market in a day or two,” says Surrency.  “What we collect today, we can send to the researchers today. It takes about two weeks to get it into the database.”  Typically, she sends four photos, showing various angles, of each building that is photographed. The plane canvasses for construction sites, new buildings and other elements of commercial real estate activity that are more readily apparent from the sky than the ground.

Asked why CoStar doesn’t use drones, Surrency responds that drones would only work for small projects. CoStar is looking into them for that purpose, she adds. Yet for large areas, “a drone just doesn’t have the capacity. It can only fly up to about 400 feet.” Plus, there are battery and other issues, she says.

CoStar acquired the Cessna in May 2015. Since then, the plane has been out on data missions nearly every day, six to eight hours per day, racking up 290,000 miles. While originally intended to provide an extra dimension to research in CoStar’s top 35 markets, the company decided to expand the program to cover all 146 markets where it operates in the U.S. and Canada. 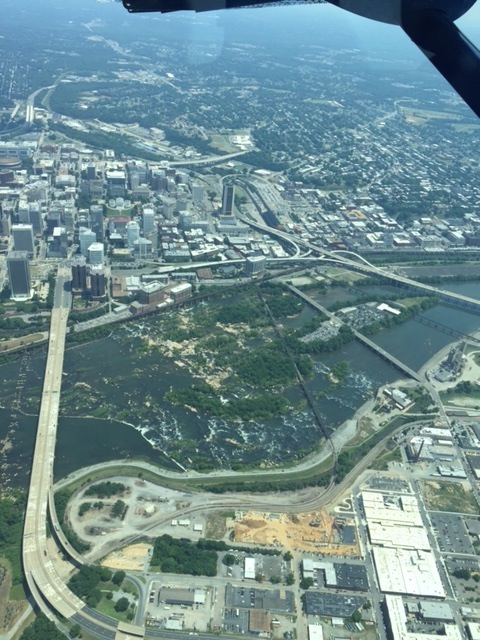 According to Surrency, CoStar spends about $1 million a year for the plane and its crews of two full-time aerial research operators, two full-time pilots and several part-time pilots who rotate shifts.  Surrency, who lives in Melbourne Fla., and and is a former intelligence analyst for the U. S. Marine Corps, works for 10 days and then has 10 days off.  While flying is expensive, “Think about how much data we collect.”


CoStar has uploaded 28,000 images since the program began in 2015, trying to update market photos every 10 months. “Can you imagine driving a vehicle to do a market as large as Dallas?” While Richmond takes a day to research by plane, Dallas takes about 40 hours of flight time, or five days.

The aerial team is part of CoStar’s larger fleet of 1,600 researchers. In 2015, the company says that team made 12 million research calls, drove more than 2 million miles and took nearly 1 million photos of properties.  The aerial team canvassed 75 markets.


Surrency says she likes her job, because she gets to see much off the U.S. from the air. She particularly enjoyed checking out markets near the Grand Canyon and Niagara Falls, buzzing down New York City’s Hudson River and seeing the estate of movie star John Travolta’s in Ocala, Fla. from the air.


“It was interesting,” says Surrency. “He had a private runway with a couple of jets sitting on it.”