The Shockey Cos. announced a series of promotions Tuesday that puts in place the next generation of leadership for the construction company. Under the transition, Jeff Boehm, vice president since 2004, was named president of Howard Shockey & Sons Inc., a general contractor based in Winchester.

Boehm’s career began in 1987 when he came to Shockey as a graduate of West Virginia University. Over the past 27 years, he has held multiple positions throughout the Shockey Cos. in operations, marketing, and management. He led the company’s efforts on several landmark projects, including The Village at Orchard Ridge in Winchester, the GRTC Transit Co. headquarters in Richmond, and Western Virginia Regional Jail in Roanoke. As president, Boehm will spearhead growth, manage business operations and support the development of new markets.

Tom McCabe, vice president of construction since 1999, was named president of Shockey Precast Group.  McCabe has been instrumental in the delivery of numerous sports facilities and parking structures, such as the Ravens NFL football stadium in Baltimore and Comcast Center Arena in College Park. He has worked for the company for 31 years.

“I couldn’t be more pleased that we’re tapping these two internal candidates as our next generation of leaders,” Don Shockey, chairman of the Shockey Cos., said in a statement.

Brad Bolyard was promoted to director of operations at Howard Shockey & Sons, where he will be responsible for all ongoing construction activities.

Gray Farland was promoted to director of corporate development, where he will implement lean construction practices, prefabrication and be involved with developing properties in the Shockey Realty portfolio.

The 118-year-old private company said its plans to continue growing its geographic boundaries, and it expects expansion into key market sectors. 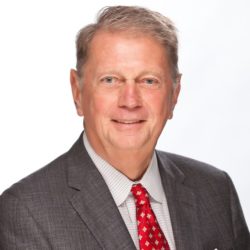