Each week, MDV SpartanNash LLC, the nation’s leading supplier for overseas U.S. military commissaries and exchanges, loads 100 to 200 containers filled with everything from peanut butter to clothing aboard steamships bound for Europe, Africa, Bahrain, Kuwait and Honduras, as well as Puerto Rico and Guantanamo Bay.

“In places like Guantanamo Bay and Bahrain, there’s nowhere else to shop,” says Sharon Fleener, MDV’s director of export services and regulations. “There are no Walmarts over there. If we don’t ship it to them, they don’t get it.”

Headquartered in Norfolk, MDV is among a multitude of companies impacted by disruptions in the global supply chain. Logjams triggered by the COVID-19 pandemic have plagued production and distribution of products and created mayhem for ports, railroads and truckers. While some experts say the worst is over, others believe disruptions will continue through 2022.

An economist at the Federal Reserve Bank of Kansas City told The New York Times in March that demand-driven increases in shipping costs are expected to worsen in coming months, adding that shipping rates usually take 12 to 18 months to fully impact consumer prices.

Fleener began noticing issues last summer when ships coming from Europe were delayed up to four weeks. By fall, containers and intermodal chassis were at a premium, and a nationwide shortage of truck drivers added to the bottlenecks. “It was a huge myriad of things,” she says. “We’ve had to watch very closely to make sure we have enough power and truck drivers because we can’t stop the shipments.”

MDV has advised commissaries and exchanges to anticipate delays and plan accordingly. “If we start to see items go into short supply, we have the military order additional supplies so they will have a surplus,” Fleener adds. The government also ensures that MDV has enough shipping containers. “We are No. 1 on the priority list because it’s for the military.”

Praise like that confirms the Virginia Port Authority’s investments at Norfolk International Terminals and Virginia International Gateway, its two primary container terminals, have paid off, says Stephen Edwards, the authority’s CEO and executive director. While global supply chain challenges and the resulting backlogs overwhelmed other ports, particularly those on the West Coast, the Port of Virginia grew 25% in volume during 2021 and posted its most productive year on record. “We outperformed just about all other ports,” Edwards adds. “Our investments delivered a modern port, and we continue to invest and modernize.”

The port, the third largest on the East Coast, has invested more than $800 million in upgrades at Norfolk International Terminals and Virginia International Gateway. VIG underwent an 800-foot expansion, and automated stacking cranes were purchased for both terminals, ensuring the port does not have to run extra shifts, especially when ships are late.

“The cranes allow us to be agile,” Edwards explains. “We can adjust load planning and yard management and don’t have to take our labor force and put them on reworking yard capacity. It keeps everything in rhythm.”

NIT’s central railyard is undergoing an $80 million expansion to accommodate 610,000 annual container lifts. Completion is set for late 2023. Also on tap is an expansion of NIT North, which would increase the port’s overall capacity by 20%.

Meanwhile, dredging of the port’s channels to 55 feet — making it the deepest port on the East Coast and able to accommodate the biggest modern container ships — will be completed in 2024. “It will allow the biggest ships to come in full to their weight limits and two-way traffic in the channels,” says Edwards. “It’s like going from a one-way to a two-way highway.”

Aside from modernization and expansion, Edwards says, the port’s stability and success are a reflection of its “Virginia Model” operating plan in which the VPA owns and operates the terminals and manages the chassis fleet. “We’re not working in a competing environment,” he says. “We have one conductor — our chief operating officer — who decides what is best to keep the port moving. That allows us to work with our labor force and make smart decisions.”

By contrast, the nation’s largest ports in Los Angeles and Long Beach, California, have two operators, two port authorities and multiple other providers — all competing for business. The Los Angeles and Long Beach ports have experienced significant backlogs over the past year, with more than 75 vessels waiting offshore to be unloaded at one point last fall. The Port of Virginia, meanwhile, has remained less affected by such congestion.

“We’re the fastest growing import-and-export port,” Edwards adds. “We give exporters a clear window of when they can deliver cargo and quickly load the cargo and get the containers back into port without losing a lot of time.”

Holly Pearce can attest to the challenges of exporting goods in a world hampered by the pandemic. She leads global logistics for battery manufacturer C&D Technologies Inc.’s Trojan Battery Co. subsidiary, which has five North American plants and global subsidiaries, serving customers in more than 110 countries. “Before the pandemic, I had always been able to secure space on vessels,” she says. “Now, sometimes steamship lines have said ‘no,’ even when we offer a higher rate to export our product. That’s unprecedented.”

Pearce, who’s based in Richmond, explains that steamship lines often prefer to send empty containers back overseas rather than wait for exporters to fill them. “The steamship line loses out on about seven days with me loading the container, so it’s more profitable for them to send empty containers overseas and get additional revenue when they are filled and returned to the U.S,” she says, noting that imported containers command 10 times the revenue of exported cargo. “It’s very frustrating.”

C&D Trojan is paying premium rates to ship its products overseas, and those increases are being passed along to its customers.  “At first there was definite pushback,” Pearce acknowledges, “but as time passed and the situation was not improving, it got to the point where customers were willing to work with us on creative solutions and bear the costs.”

Port congestion and slowdowns increase frustrations. “We’ve had to identify alternatives,” she says. “On the East Coast, we use the Port of Virginia and the Port of Charleston, which have more space and less wait time than the Port of Savannah. On the West Coast, we go through Montreal instead of Los Angeles.” C&D moves its freight on trucks from California to Montreal, and then its cargo is loaded on container ships bound for European ports, Pearce says.

Domestically, C&D Trojan also has had to deal with the nationwide truck driver shortage. Pearce recalls a supplier calling to complain that a driver left without picking up his cargo after receiving a better offer from another supplier. “Demand is so significant [that] it allows drivers to be more picky,” she says, “so we’ve had to put contracts in place for our protection.”

The Turman Group, a family-owned forestry products company in Carroll County, is dealing with similar obstacles. Earlier this year, the company was able to ship only about 50% of its orders. “Steamship lines are manipulating the earliest return dates when containers can be delivered back to the port to maximize the amount of imports they can ship,” says Ryan Turman, the company’s director of business development. “The ports are doing the best they can, but it has been devastating to exporters and owner-operator truckers.”

Turman is not optimistic that things will improve in the short term.

“As demand stands today, there’s no end in sight to the congestion,” he says. “If the economy goes south, then it’ll be easier to get through the ports, but there will be less demand for exports. It really is a double-edged sword.”

In the face of supply chain uncertainties,
many businesses have increased their inventories, leading to lack of storage space. “Hampton Roads is running out of warehousing and distribution space to meet all of the demand,” White says. “It’s at nearly 100%, and there’s little additional space to bring in more product.”

There is also a workforce issue. “We initially lost a lot of people out of warehousing and distribution due to COVID,” White adds. “Facilities don’t have enough people to move product out one door and bring other products in the other door.” Firms are increasing wages to attract workers, but White says new employees are coming onboard during unprecedented consumer demand. “Companies are already facing backlogs, so there will be additional time before we start to see things easing.”

Jeffrey Smith, however, believes things are already improving. Smith, who is the information systems and supply chain management chair for Virginia Commonwealth University’s School of Business, says he thinks the U.S. is past the worst of its supply chain woes.

“We’re definitely on the upswing in terms of having everything we need. The COVID effect is largely going away,” he says. “We definitely will see much more regularity as we move into summertime and get to the point where COVID is not as viral, and supply chains won’t be as impacted by people not working.”

Nevertheless, Smith counters his optimism with the reality of the cascading impacts of Russia’s March invasion of Ukraine.

“Now, we’re watching for the geopolitical effect, and countries issuing sanctions against Russia,” he says. The conflict has led to a surge in oil and wheat prices, while jeopardizing the supply of aluminum, platinum and other products. Russia and Ukraine are also key suppliers of components used to produce semiconductor chips, which have already been in short supply, leading to disruptions for tech companies, automakers and appliance manufacturers.

There’s a silver lining to the pandemic-era supply chain woes though, Smith adds: “It’s pushed companies and countries to really think about their supply chains instead of taking them for granted. Companies will look to tradeoffs in terms of costs, time, flexibility and risk assessments.”

Details about the economic engine 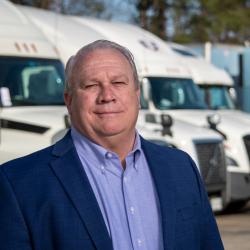 Turning on a dime