After being stranded with hundreds of other motorists on Interstate 95 for nearly 27 hours, U.S. Sen. Tim Kaine arrived at his office in Washington, D.C., just before 4 p.m. Tuesday, according to CNBC.

The 2016 Democratic vice presidential candidate wrote on his Facebook page Tuesday morning that he had been stuck on Interstate 95 overnight, since 1 p.m. Monday, penned between tractor-trailer trucks. According to the Virginia Department of Transportation, the highway was closed in both directions over a 50-mile stretch between exits 152 and 104 between Prince William and Caroline counties due to winter weather, stranding hundreds of people in cars overnight north and south of Fredericksburg.

Kaine told Washington, D.C.-area radio station WTOP, “This has been a miserable experience, but at some point I kind of made the switch from a miserable travel experience to kind of a survival project.”

“I started my normal 2 hour drive to DC at 1pm yesterday,” Virginia’s junior U.S. senator wrote just before 9 a.m. Tuesday while stranded just north of Fredericksburg in Stafford County. “19 hours later, I’m still not near the Capitol.” He posted a photo from his vehicle showing three trucks stopped in front of him. Just before 10 a.m., a staff member in Kaine’s Senate office said he had made some progress and had hoped to be in Washington, D.C., by noon. Meanwhile, WTOP reported that hundreds of vehicles were at a “standstill” overnight, although some were making their way off southbound I-95 on Exit 152 for Dumfries Road. The snarl was caused after tractor-trailers jackknifed in the winter storm, according to Associated Press reports.

Drivers reported being stranded without food in below-freezing temperatures and Kaine described on Facebook how one family making their way from Florida had walked among the vehicles passing out oranges. NBC News correspondent Josh Lederman was also among those stranded.

“We know many travelers have been stuck on Interstate 95 in our region for extraordinary periods of time over the past 24 hours, in some cases since Monday morning. This is unprecedented, and we continue to steadily move stopped trucks to make progress toward restoring lanes. In addition to clearing the trucks, we are treating for snow and several inches of ice that has accumulated around them to ensure that when the lanes reopen, motorists can safely proceed to their destination,” Marcie Parker, VDOT Fredericksburg district engineer, said in a statement.

Gov. Ralph Northam tweeted Tuesday morning that his team has been working with multiple state agencies — including Virginia State Police, VDOT and the Virginia Department of Emergency Management to respond to the situation. “State and local emergency personnel are continuing to clear downed trees, assist disabled vehicles and re-route drivers,” he wrote. “An emergency message is going to all stranded drivers connecting them to support, and the state is working with localities to open warming shelters as needed.”

People responding to Northam’s tweets described a dire situation, with one man saying he’s been stuck in his car for more than 18 hours without insulin and others asking why the Virginia National Guard has not been deployed. (Northam told WTOP Tuesday morning that the National Guard was available but had not been called.) About 8 p.m. Monday, VDOT Fredericksburg tweeted that their staff didn’t have a timetable or an educated guess on when traffic would resume on I-95.

“Please know our crews don’t stop,” the tweet read. “Crews will work 24/7 until ALL state-maintained roads are safe for travel.” 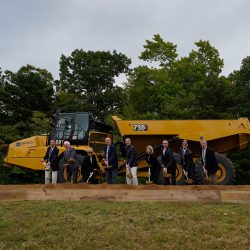 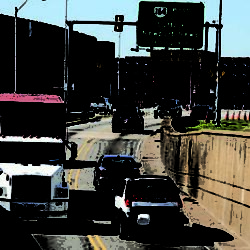