Many Virginia business owners signed off on last year’s tax returns only a few weeks ago, in early September, the Internal Revenue Service’s annual, last-chance filing deadline for most U.S. companies.

Now, accountants and tax advisers want them to focus on the best ways to benefit from the 2017 Tax Cuts and Jobs Act (TCJA), the biggest overhaul of the U.S. tax code since the 1980s.

The law’s many changes — especially for pass-through companies like sole proprietors, partnerships, LLCs and S-Corps — means meetings with tax professionals are “not just a five-minute conversation,” like they may have been in other years, says Jeff Barbour, a partner with the accounting firm Brown Edwards in Roanoke.

“You should really take advantage of the opportunity to run the calculations through multiple scenarios with whatever updated software programs you have at your disposal” before preparing a tax return in 2019, he says.

Tax specialists all say the extra time and effort could mean huge financial benefits to thousands of smaller businesses across the commonwealth, since the TCJA now permits them a 20 percent deduction on their year-end taxable income.

“Especially in this last quarter it’s really important for companies to know where they are with their business,” says Christina Monfalcone, president of Monfalcone & Garris in Charlottesville.

The Republican-controlled Congress swiftly passed TCJA last December. President Donald Trump then promptly signed the bill into law a few days before Christmas to fulfill one of the main promises of his 2016 presidential campaign. The legislation lowers certain tax rates and raises deductions for individuals, families and companies.

Clearing up the details
Most of the analysis and publicity surrounding the TCJA has focused on a new tax rate for corporations, (slashed from 35 percent to 21 percent) and an increase in standard deductions, which almost doubled from $6,350 to $12,000 for single filers and rose from $12,700 to $24,000 for married couples filing jointly. Details of the 20 percent deduction promised by lawmakers to the nation’s numerous pass-through companies were unclear until early August, when the IRS released its interpretation of Congress’ intent, Section 199A.

About 30 million U.S. businesses are considered pass-through entities for tax purposes by the IRS, according to the Tax Foundation. Unlike corporations, which distribute their net income to shareholders through dividends, pass-through businesses pass their profits on to their owners —including musicians, landscapers, babysitters, farmers, restaurateurs, truck drivers, plumbers, carpenters, caterers and home-health aides, to name a few — as personal income.

The IRS ruling states that all owners of pass-through companies can take the hefty 20 percent deduction on their taxable income if that amount is $157,000 or less for individual tax filers and $315,000 or less for couples filing jointly. If pass-through business owners have taxable income above these totals, certain limitations on the 20-percent deduction begin to kick in.

For example, accountants, attorneys, physicians and performing artists owning pass-through entities earning above $157,000 or $315,000 are classified as a “specified service or trade businesses,” or SSTB. They are excluded from taking the 20 percent deduction. 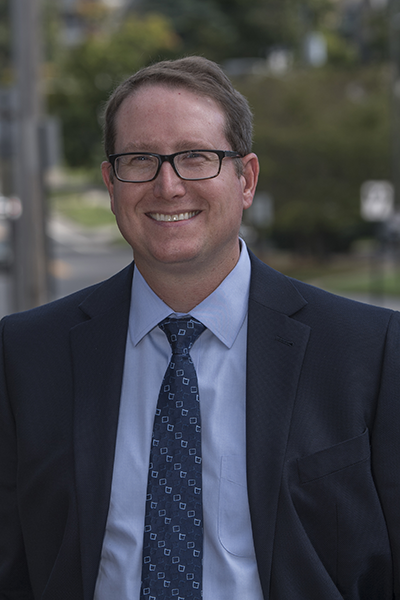 Pat Murtaugh, another partner with Brown Edwards in Roanoke, participated in a two-hour webinar with clients in September to learn more about how higher-earning owners of pass-through companies can take full advantage of Section 199A.

“With that comes now … a tremendous amount of planning for people who are right around that [taxable income] threshold,” says Murtaugh. “What we can do as tax preparers is to get [our clients] below the threshold or look through the weeds to help make sure they can get part of it [the deduction]. To get the deduction, does that mean pushing income into next year or accelerating deductions?”

Who are ‘brokers’?
Many tax professionals criticized the original draft of TCJA as vague and imprecise. The legislation sparked many questions last spring about which types of pass-through companies and which types of business activities would qualify for the 20 percent deduction. Many small-business owners wanted to know if they should restructure as another type of pass-through company to increase their benefits.

Earlier this year, Ryan Losi, executive vice president of the Piasick accounting firm in Richmond, was telling his pass-through clients that it might take some months for the IRS to clarify what businesses Congress meant to include or exclude in its tax reform package. Specifically, he had difficulty interpreting language in the original legislation excluding any pass-through company whose sales were based on the owners’ reputation. Losi also puzzled over how Congress defined “brokers.”

“The question was how broad is that [term] going to be interpreted,” Losi says. “Insurance brokers. Real estate brokers. Freight forwarders. Commodity brokers. Are they included in this [exclusion] or not? Fortunately, when the regulations came out [in August] they were not. The Treasury and the IRS took a very narrow interpretation.

“As soon as I read that, I started reaching out to our real estate brokers, our real estate developers, insurance brokers and I said, ‘Hey, you guys slipped through. You’re going to get the benefit of this deduction.’”

While the first version of Section 199A answered many questions about tax deductions for pass-through companies on their 2018 returns, a final version of the IRS rules would not be official until they were published in the Federal Register in mid- to late-October (after this issue of Virginia Business went to press).

Nothing simplified
As the final weeks of the 2018 tax year tick away, tax professionals hope the owners of pass-through companies take the time to plan how best to file this year’s returns and budget for higher preparation costs because of the increased complexity of TCJA.

“There is nothing in that bill, the Tax Reform and Jobs Act, that simplified our code, at all,” says Losi. “This year is going to be a nice big billing year for most CPA firms … We’re looking at a 3 to 5 percent bump,” in both price and preparation hours.

“With a W2 employee with not a lot of deductions, there’s probably not a lot of additional time. But if you’re a business owner with one or more companies, that’s going to be a pretty big effort. Some will qualify; some will not. And we’ve got to go through that analysis,” he says.

Additional tax preparation time and the charges for those services is “going to vary by client,” says Barbour of Brown Edwards.

“But for people under $315,000 and $157,000, it will probably be pretty straightforward for them,” he says. “It’s going to be the ones over those limitations that we’ll spend more time talking about structuring and adjusting wages and different things like that to maximize the deduction to the extent we can. And maybe look at ways to restructure the business before year-end to maximize the deduction and more time doing the calculations. Especially when a company has multiple owners.”

“Clients are probably expecting cost cuts, but honestly with all this stuff that’s going on, I don’t know how that will happen, unless we take a hit to cover their expectations of that,” she says. “But honestly, I think it’s going to take more time to make sure we’re doing the right thing.” 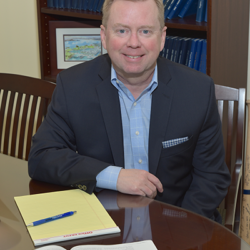 Most industries expect to benefit from biggest changes since 1986