Work involves depot level repairs to AE2100 D3 engines, which power military transport and long-range maritime patrol aircraft, in support of the Marine Corps and the government of Kuwait, according to the announcement.

Work is expected to be completed in July 2027 with work performed in Manitoba, Canada; Alverca, Portugal; San Antonio, Texas; and Indianapolis. Funds under the firm-fixed-price, indefinite-delivery/indefinite-quantity contract will be obligated on individual orders as they are issued. 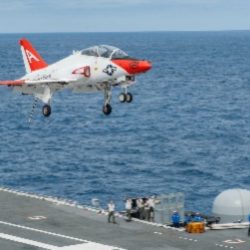 Contracts will provide modeling and simulation support to U.S. Army