The Eastern Shore and Accomack County are well-acquainted with the rockets’ red glare.

One of the oldest launch sites in the world, the NASA Wallops Flight Facility launched its first rocket on July 4, 1945. Given its history, it seems fitting that Wallops’ rocket business got a big payload boost in late February when California-based Rocket Lab USA announced plans to build a 250,000-square-foot facility on Accomack’s Wallops Island for manufacturing Rocket Lab’s reusable Neutron rockets. The company also plans to construct a new launch pad.

“Neutron is huge for the Eastern Shore,” says Ted Mercer, CEO and executive director of the Virginia Commercial Space Flight Authority, known as Virginia Space, which owns and operates the Mid-Atlantic Regional Spaceport at Wallops.

“They’re going to bring 250 jobs,” Mercer says of Rocket Lab, adding that while most if not all of the positions are expected to be in Accomack, exact details aren’t yet known.

The state’s aerospace and unmanned systems industry workforce is projected to grow by 8.5% during the next decade, according to state Secretary of Commerce and Trade Caren Merrick.

“The growth potential is huge in the future,” Mercer says, adding that as of 2018, the “Wallops Cluster” made up of NASA, the National Oceanic and Atmospheric Administration, Northrop Grumman Corp., the Navy and Virginia Space, among
others, had an annual economic impact of $1.37 billion on the Eastern Shore.

“We’re a rural county,” says Supervisor Ron Wolff, who represents the district where the project will unfold. For Accomack, 250 jobs is “staggering; we’re scrambling to find places to put them all,” he says, adding it would be about a year before new workers start arriving.

Rocket Lab broke ground on Neutron’s production facility in April, but a spokesperson declined to provide details on the construction’s timeline or the rocket’s launch. Virginia committed to an incentive package valued at about $57 million,
and Rocket Lab expects to spend about $103 million supporting Neutron’s development in the state over the next eight years.

Accomack has a strong relationship with NASA and Virginia Space, Mason says: “When they succeed, we succeed.” 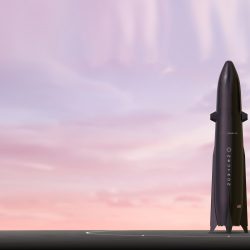