Alison Graham, vice chair of the Timesland News Guild and a staff writer at The Roanoke Times, said earlier Monday that the guild, which also represents the Laker Weekly covering Smith Mountain Lake, has been negotiating a new contract for newsroom employees since Feb. 16. The picket line was scheduled to last only a half hour; unlike lengthy strikes, the event is meant to increase public awareness of the union’s negotiations.

“This is not something that’s going to be covered in our own paper, we assume,” Graham said.

The guild is seeking a wage increase of below 4%, which would total less than $60,000 a year, she said, but Lee’s offer has remained in the 1% to 1.5% range. Also, the cost of health insurance is potentially set to rise 13% for employees, according to the guild.

Lee Enterprises did not immediately respond to a request for comment Monday.

Also under negotiation are mileage rates, which are currently set at 34 cents per mile for Lee employees. Lee negotiators proposed lowering the rate to 32 cents, despite gas costs rising dramatically due in part to Russia’s attack on Ukraine and the subsequent U.S. ban on Russian fuel imports. The guild first requested the current IRS reimbursement rate of 58.5 cents and lowered its ask to 50 cents, but Graham said Lee has not raised its offer.

“We just live in a really big region,” she said, noting that reporters and photographers are often driving distances of more than 30 minutes each way. The Roanoke Times’ coverage area includes the Roanoke Valley, New River Valley, Rockbridge County, Lexington, Pulaski and Franklin County, as well as occasional stories outside the immediate region, such as Danville or Southwest Virginia.

The decision to picket came a week after the guild purchased a one-page ad in the newspaper, asking readers to sign a petition in support of its requests to Lee, which owns 31 publications in Virginia, including the Richmond Times-Dispatch, The Free Lance-Star, The Daily Progress, Danville Register & Bee, The News & Advance, the Bristol Herald Courier and others.

Last year, the Timesland Guild and other Lee newsroom unions joined in support of the Iowa-based company, which purchased BH Media’s newspaper holdings in 2020, as it rejected a $144 million buyout offer by Alden Global Capital and fought off a slate of the hedge fund’s board nominations in February.

Graham said that members of her guild and other Lee newspaper unions are unhappy that Lee executives don’t appear to recognize the unions’ support in the matter. “We came to your aid when you were trying to stave off this purchase,” she said. “It’s not like we think [Lee is] a great steward of our newspapers, but they’re better than Alden.” 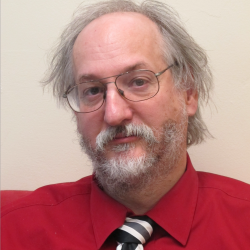