For more than a century, Roanoke has been known as a rail town. But in recent years, the city has endeavored to rebrand itself as a trail town.

Since 2008, the Roanoke region has worked to leverage its vast outdoor assets to attract business investment and talent with its high quality of life, as well as to attract tourism dollars. Part of this effort has been the staging of outdoor events, starting with the Blue Ridge Marathon, which has had an estimated $6.9 million impact since it began in 2010.

This year’s marathon also appears to portend a promising year. The April 16 race and its accompanying three-day music festival generated $1.6 million in economic impact, nearly double the $835,000 economic impact of the 2019 marathon, according to the Roanoke Regional Partnership.

Pete Eshelman, director of outdoor branding for the partnership and director of the Roanoke Outside Foundation, says the boost speaks to pent-up demand, and that the region’s Ironman triathlon on June 5
likely had a $5 million to $7 million economic impact on the region, though official figures aren’t yet publicly available.

“It was awesome for us to be able to host the Ironman triathlon,” he says. “A big citywide event like that is huge because it helps fill up the weekends [and provides] money for the businesses downtown, which were really hurting in the pandemic.”

In addition to upcoming events, Howard notes the region will benefit from a second daily Amtrak train that will begin service to Northern Virginia in the next year; in 2025, an anticipated extension will add service to the Blacksburg-Christiansburg area.

“We feel like there’s a great opportunity right now, especially for people who live on the Eastern seaboard,” Howard says. “Our No. 1 feeder market is D.C., and people are coming here in droves.” 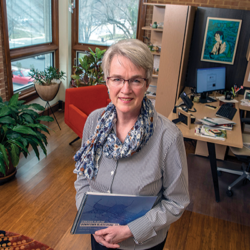