More than two years after FreightCar America left town, eliminating about 200 assembly jobs, the buildings once occupied by the railcar manufacturer in downtown Roanoke remain empty.

“There’s a lengthy history of rail maintenance and activity on that property,” says John Hull, executive director of the Roanoke Regional Partnership.

During its early 20th century peak, more than 5,000 laborers worked at the multibuilding facility, which was owned by Norfolk and Western Railway, a Norfolk Southern forerunner. Last year, Norfolk Southern closed down the 136-year-old East End Shops, relocating its remaining 85 skilled labor jobs there to Pennsylvania and eliminating about 20 clerical positions.

Marc Nelson, Roanoke’s economic development director, says a team including the Virginia Economic Development Partnership and the Roanoke Regional Partnership are working with Norfolk Southern to find a lessee or buyer for the East End Shops property. One offer was in the initial stages as of late July, he added.

Located along Campbell Avenue in downtown Roanoke, the property is “quite sizeable,” Hull says. “There aren’t very many spaces like this available. It’s a very special-purpose space. There are rail lines through it.”

In April 2020, FreightCar America received a $10 million Paycheck Protection Program loan that FreightCar said would enable it to retain jobs at its sole remaining U.S. production plant in Alabama, according to SEC filings. But just five months later, the company raised eyebrows when it announced it would be moving all those jobs to Mexico.

A handful of the 200 laid-off FreightCar workers from Roanoke had moved to the Alabama plant, says Morgan Romeo, executive director of Virginia Career Works – Blue Ridge. But most of them needed help finding new jobs, prompting a regional assistance effort.

One advantage for the former FreightCar employees, Romeo says, is that “FreightCar guys have lots of technical skills that transferred to Newport News shipbuilding.” Other ex-FreightCar employees received training to qualify for welding certifications and some received on-the-job training for new positions as machine operators and machinists.

“It was a big hit,” she says, but local officials “did their best to remedy the situation, to get folks back to work.” 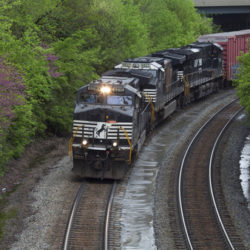 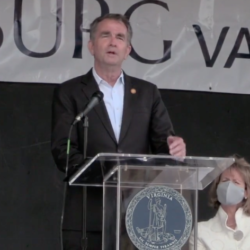