Roanoke College announced this week it has appointed an alumna to become its new vice president of resource development. Kimberly P. Blair, a 1993 graduate, will join the college on May 22 and serve in President Michael C. Maxey’s Cabinet.

Blair is currently Virginia Tech’s assistant vice president of advancement for Roanoke, where she leads teams securing private funding for the Virginia Tech Carilion School of Medicine campus. She also organized fundraising and communications for the Fralin Biomedical Research Institute at VTC, and from 1993 to 2008, Blair held several roles in development and alumni departments at Roanoke College, as well as working for a time at Ferrum College.

She succeeds Aaron Fetrow, who is leaving to join the Heritage Hall School in Oklahoma as president.

Blair received a bachelor’s degree in political science from Roanoke College in 1993 and earned her master’s degree from the University of Lynchburg in educational leadership in 2017. She and her husband, who graduated from the college in 1985, are the parents of four children, two of whom attended Roanoke College.

“Throughout the search Kim showed a tremendous amount of energy and forward thinking. Her leadership will add significant value to the college and our already strong resource development team,” Maxey said in a statement. “Kim’s knowledge of the essence of Roanoke College coupled with her vision and understanding of the inner workings of modern-day advancement and fundraising are a great match. We are so pleased to welcome Kim back to Roanoke College.” 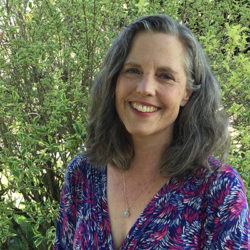 Laura A. McLary to serve as chief academic officer at Roanoke-based university