Roanoke College’s next president will be Frank Shushok Jr., the college announced Tuesday.

Shushok, Virginia Tech’s vice president for student affairs, will succeed Michael C. Maxey, who served as president for 15 years and is retiring in July, to become the school’s 12th president.

“I am thrilled to welcome President-elect Frank Shushok to the Maroon family,” Maxey said in a statement. “Terri [Maxey’s wife] and I found Frank and his wife, Kelly, to be a dedicated couple who are excited about the Roanoke College community. What struck me about Frank is how engaging he is and how interested he is in getting to know others.”

At Virginia Tech, Shushok directs 25 departments and units and oversees a budget of more than $164 million. He leads maintenance and renovation for more than 30% of the campus and is a member of the president’s cabinet. Shushok joined Virginia Tech in 2009 and has worked in various roles; he’s also an associate professor of agricultural leadership and community education.

“Dr. Shushok inspired us with his spirit, energy and centered dedication to student learning,” Malon Courts, chairman of the Roanoke College Board of Trustees, said in a statement. “Dr. Shushok’s background aligns with the most important needs of the college, and he understands the value of who we are, our culture, people and traditions, including the importance of our rich Lutheran heritage.”

Before joining Virginia Tech, Shushok worked for Baylor University in several roles, including as dean for student learning and engagement, and as associate dean for campus living and learning.

From 2017 to 2018, he was a fellow of the American Council on Education and was a resident at Wake Forest University, where he focused on fundraising, alumni engagement and enrollment strategy.

The college’s Board of Trustees’ unanimous vote on Monday confirming Shushok ends a five-month search conducted by the school’s search committee and Washington, D.C.-based executive search firm Academic Search that produced a pool of more than 100 applicants. Located in Salem, Roanoke is a nonprofit liberal arts college with about 2,000 full-time students and offers more than 100 areas of study.

“Roanoke College is a beautiful community deeply committed to students and their holistic learning,” Shushok said in a statement. “Everywhere at Roanoke College, there are structures and individuals committed to a kind of deep learning that emboldens the human spirit, strengthens public discourse and becomes a true north for what matters most.” 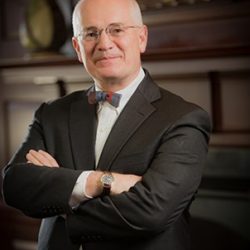 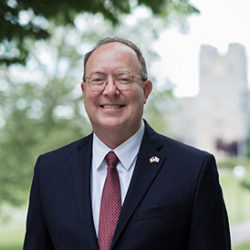