Home Opinion Our View Rising to the challenges

Last summer, as I was eating dinner at a Norfolk bar with a group of my Lead Virginia classmates from far Southwest Virginia, one of them asked what decision makers in Richmond thought about their region.

“Most of them don’t think about it at all,” I replied bluntly and not a little sadly.

During my mid-1990s tenure as a reporter for The Roanoke Times, I frequently heard people there tell me that they felt forgotten by Richmond. That was Roanokers saying that — imagine how Virginians two to three hours southwest from there in Bristol, Abingdon or Wise feel.

While the commonwealth’s populous and prosperous “Golden Crescent” (the corridor stretching from Northern Virginia down to Richmond and Hampton Roads) gets the lion’s share of economic development and transportation funding, the more rural areas of the state struggle with higher poverty, lower life expectancy and smaller and older populations.

There are a host of smart, passionate and capable locals from business, government, education, nonprofits and economic development who are working to better Southwest’s economy and quality of life. In this issue, freelance writer Beth JoJack talks with some of them and reports on why many Southwest Virginians are pinning their hopes for progress on the Youngkin administration and the region’s newfound political clout after the surprise Republican wave of victories in the November 2021 elections. (See “Rising in the Southwest.”)

The gulf between the urban and suburban haves and the rural have-nots are hardly the only challenges Virginia faces, of course — especially in this uncertain moment of escalating inflation, continuing labor and supply chain obstacles and the drumbeats of war from Russia.

As anyone who has perused Zillow over the past couple years knows, the housing market is out of control. While it remains an excellent time to sell one’s home, the bidding wars and low available housing stock have led to eye-popping home sale prices. The national median listing price for new homes in February was $392,000 — a jump of 27% in just two years. That places the American Dream of home ownership increasingly out of reach for many millennials and Gen Zers.

And for those who rent, the outlook is no better. Rental prices skyrocketed as much as 20% to 28% in some major U.S. cities during the past year. In Hampton Roads, rental prices climbed 11.2% during 2021 and are anticipated to rise as much as 12% this year, according to real estate company Axiometrics Inc.

Combined with recent record gas prices, this increasing lack of workforce-priced housing creates a quandary for workers who often face long commutes to earn decent wages in places they can’t afford to live, particularly in the affluent suburbs of Northern Virginia.

In this issue’s cover story (see “Hitting a brick wall”), freelancer Emily Freehling tackles affordable housing, writing about why economic development professionals and corporations such as Amazon.com Inc. are coming to see this as a business problem that will require financial investment and conscious, deliberate leadership to change. It may also require policy changes, such as increased incentives for multifamily developers to limit rents and build affordable housing for workers.

Paraphrasing Virginia Realtors economist Lisa Sturtevant from the story, state and local governments could find that not fixing the problem will be costlier to the commonwealth in terms of lost economic development opportunities. 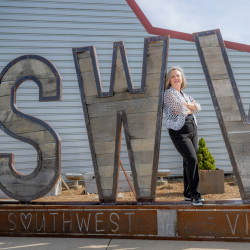 Rising in the Southwest 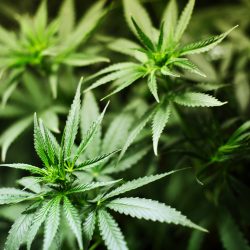