Richmond-based clothing and home goods retailer Need Supply Co. has gone under due to the COVID-19 pandemic and will permanently cease operations, its attorney confirmed Tuesday. The store has not issued a public statement, including on its website or social media sites.

“Need Supply Co. has made the difficult decision to wind down its business and will be ceasing operations,” Corey Simpson Booker said Tuesday in a statement. She is a partner at Whiteford Taylor & Preston LLP, which represents Need Supply and its parent company, NSTO LLC, also based in Richmond.

In 2018, Need Supply and Totokaelo, another fashion-forward clothing and accessories shop with four locations in Seattle, New York and Washington, D.C., merged to form NSTO LLC, which has headquarters in Richmond and New York. The stores operate under separate brands. Booker did not comment on the timing and next steps involved with the closure. It remains unclear whether NSTO will also close. Booker declined to comment.

Started in 1996 as a denim clothing store in Richmond, Need Supply became a major player in online retail, selling high-end clothing, shoes and home goods geared toward the young and fashionable after starting a retail website in 2008. Need Supply reported in December that most of its business is conducted online, filling e-commerce orders in the United States and 72 other countries.

In 2019, Need Supply was recognized by Inc. Magazine as one of the country’s fastest-growing companies, earning $36.3 million in 2018. It also has two shops in Japan and a line of clothing and accessories, Need.

In 2018, NSTO expanded to a 20,700-square-foot office in the Handcraft Cleaners Building, which sits at the corner of Roseneath Road and West Moore Street in Scott’s Addition.

According to Dun & Bradstreet, NSTO had about 140 employees across its headquarters and stores.

On Tuesday, NSTO’s office in the Scott’s Addition neighborhood was closed, and the company did not return messages for comment.

Need Supply’s flagship brick-and-mortar store is in Richmond’s Carytown district but has been closed and boarded since June, when it was broken into, along with two other Carytown shops. The store previously was closed due to the pandemic and had reopened briefly in late May. 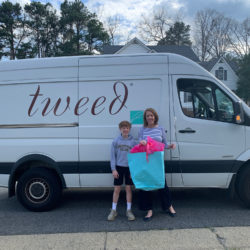 How small brick-and-mortar stores are adapting to closures. 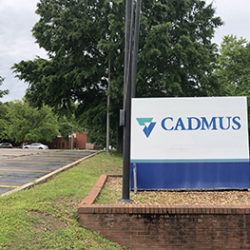